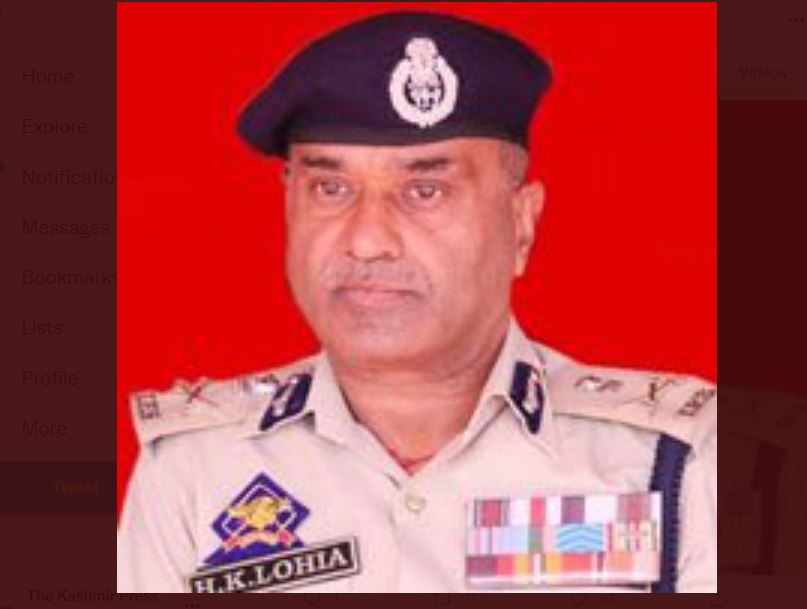 First examination of the scene of crime reveals this as a suspected murder case.

The domestic help with the officer is absconding. A search for him has started. Forensic teams and crime teams are on spot, the top cop said.

Investigation process has begun. Senior officers are on spot. J&K Police fraternity has expressed grief and deep sorrow over the death of their senior colleague, the officer added.

Later police said that its initial investigations into the murder of Director General of prisons J&K, Hemant Kumar Lohia, have ruled militancy angle even as it identified main accused to be his domestic help.

Official sources said that the throat-slit body of the senior IPS officer was found at his residence in Jammu city late last night.

ADGP Jammu Mukesh Singh in a statement said that the main accused has been identified as his domestic helper Yasir Ahmead, a resident of Ramban.

“Some CCTV footages collected from the incident site also shows the suspected accused running away after commission of this crime,” the top cop of the Jammu division said in the statement.

“He was working in this house for nearly 6 months. Initial investigation reveals that he was quite aggressive in his behaviour and was also under depression as per sources,” the ADGP said, adding, “So far no (militant) act is apparent as per Initial investigation but thorough probe is on to rule out any possibility.”

He said the “weapon of offence” has been seized besides some documentary evidence which reflect his “mental state”.

The police also circulated photographs of the suspected accused and sought public help in tracing him.

“Anyone who gets any information about him or he is seen anywhere, the information must be shared with police.” gns