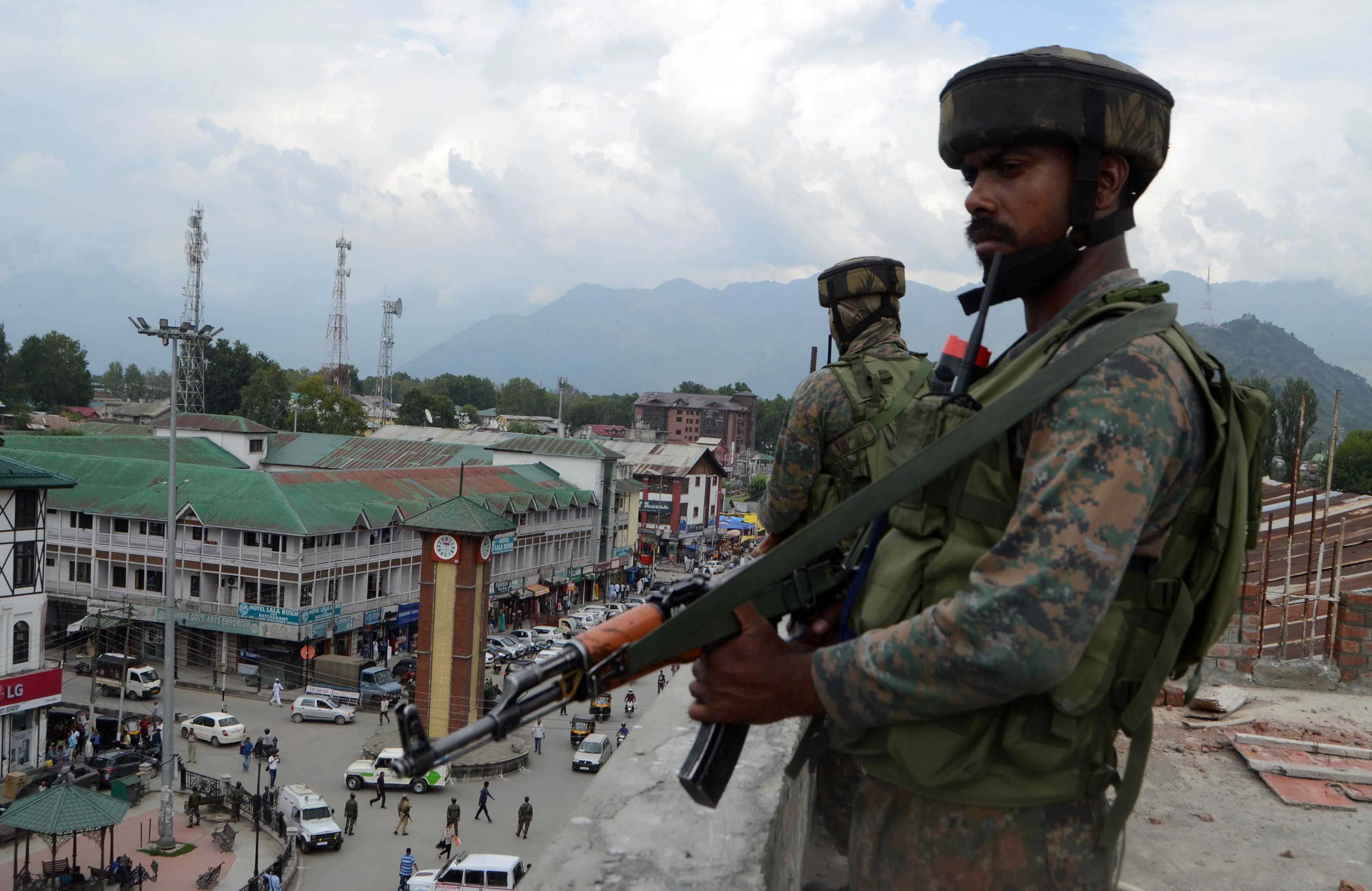 Srinagar, Oct 03: Security has been stepped up across Jammu and Kashmir with additional troops being deployed on highways and vital road links while as check points have been increased in Srinagar, Baramulla, Rajouri and other parts of the UT in view of the Union Home Minister Amit Shah’s visit commencing today.

A police official said that security has been beefed up across UT in general and particularly in the areas where Home Minister is scheduled to address rallies/public gatherings. “There is a round the clock vigil at check points and their number has been increased to ensure smooth visit of the dignitary,” the official said.

He said that in Rajouri, where Shah is slated to address a mammoth gathering, check-points, and additional deployment of troops has been made to prevent any untoward incident.

Similarly, official sources said that in Baramulla, heightened vigil and round the clock patrolling is being carried out by joint teams of security forces. Shah is scheduled to address a mega rally at Showkat Ali Stadium Baramulla.

“Day and night patrolling is being carried out in the city while aerial surveillance through drones is also being carried out to ensure a close watch on the suspects,” the official said. Shah will arrive in Jammu late in the afternoon today and address public gatherings at Rajouri-Poonch in Jammu and Baramulla in Kashmir.

He is likely to chair a high level security review meeting in Srinagar before flying back to New Delhi.kno