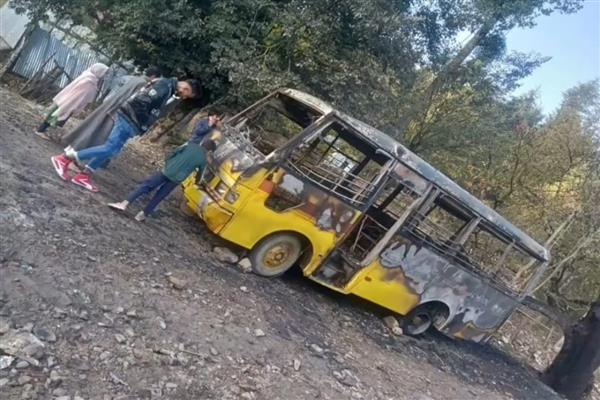 They said that the bus (JK09-9791) of New Millennium Public School Handwara, parked on a roadside open area in Darbal village of Haril Mawer, was completely gutted in the fire incident.

They said that there were at least 100 apple boxes, stacked nearby; belonging to one Mohammad Jamal Sheikh, were also gutted in the fire incident. There was no injury or loss of life reported in the incident, they said.

When contacted SHO Qalamabad Jan Mohammad confirmed the incident and said that investigations have been launched into it. He said cause of the fire was unknown hitherto and is being also being investigated. gns