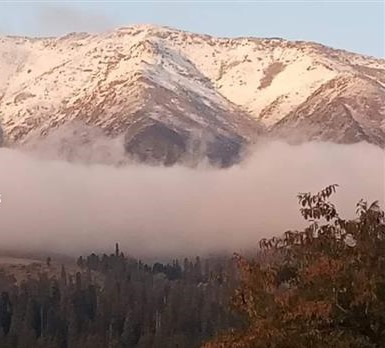 It was a delight for the locals to witness light snowfall- which also marked the first snowfall of this autumn season.

Reports said that the fresh snowfall in the area has decreased the temperature in the area.