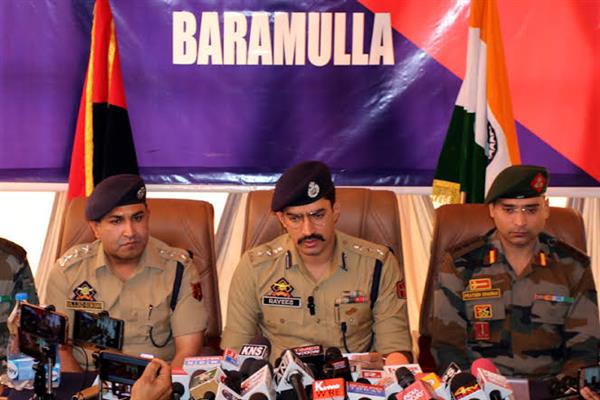 The SSP Baramulla further said that the encounter ensued for sometime and ultimately both the militants were killed this morning.

“Both militants so far are unidentified  and from their possession AKS74U rifle with three magazines and a pistol with a Magazine were recovered,” he said.

Earlier, additional director General of Police(ADGP), Kashmir, Vijay Kumar has said that two local Jash-e-Mohammad (JeM), militants have been killed in the exchange of fire.

The police said that a joint team of Police and army launched a cordon and search operation in the area . “As the joint team of forces approached towards the suspected spot, the hiding militants fired upon the forces, triggering off a gunfight,” it said.kns