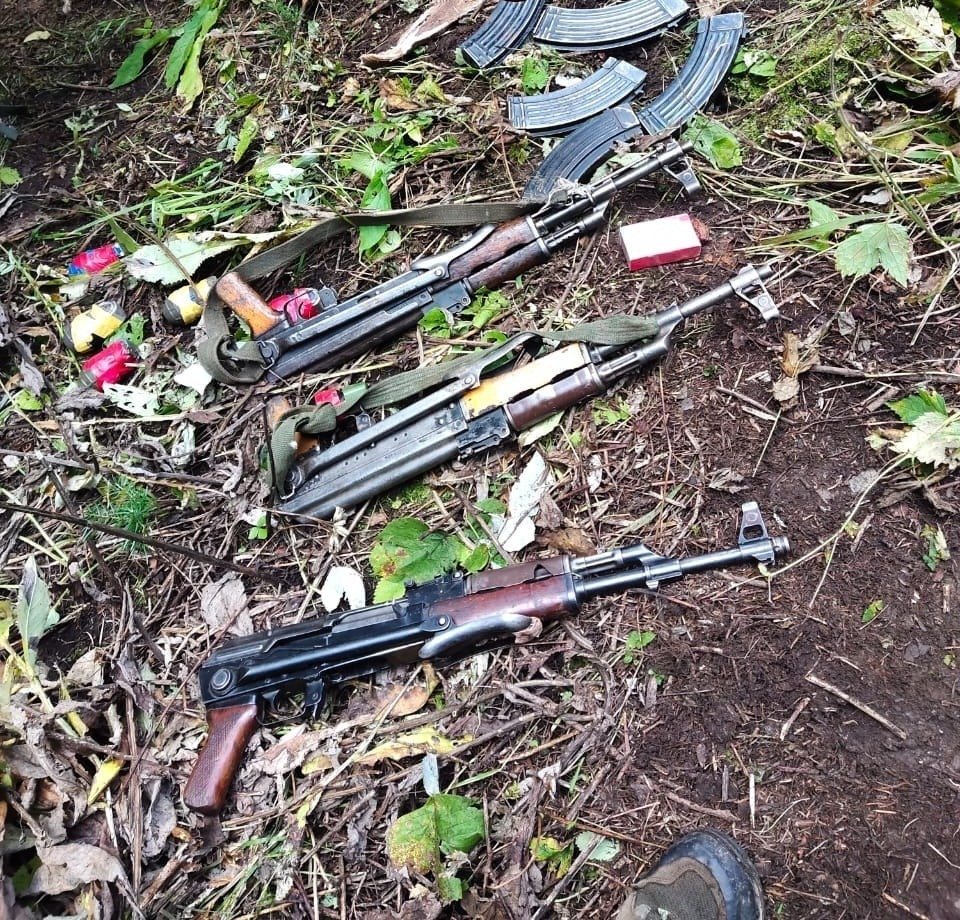 Meanwhile, in a statement, Army said that In a major blow to the intentions of militant groups operating from across Line of Control, Army & JKP foiled their design to deliver huge cache of weapons, ammunition, grenades and other war like stores to cause militant activities and unrest in the Valley.

On 27 September 2022, based on intelligence from Police and human sources of the Indian Army under the aegis of 109 Infantry Brigade launched a search operation along Naushera Nard till the Line of Control in Gurez Sector of Bandipora District.

“After three days of search, a hideout was found along the Nala on 29 Sep 2022, very close to the Line of Control. On digging, a huge weapon cache of 07 AK Rifles, 02 Chinese Pistols, 13 Chinese Grenades, 21 AK magazines, 04 pistol magazines, 1190 AK ammunition and 132 Pistol ammunition were recovered.”

Recovery of this large size of war-like stores close to the Line of Control has given a major setback to the militant groups attempting to fuel violence in Kashmir Valley and has prevented unrest and loss of innocent lives.

According to police sources, these weapons and war like stores were likely dropped at Line of Control for being picked up by militants and anti-national elements on the Indian side and further transported to Bandipora and other areas in hinterland,