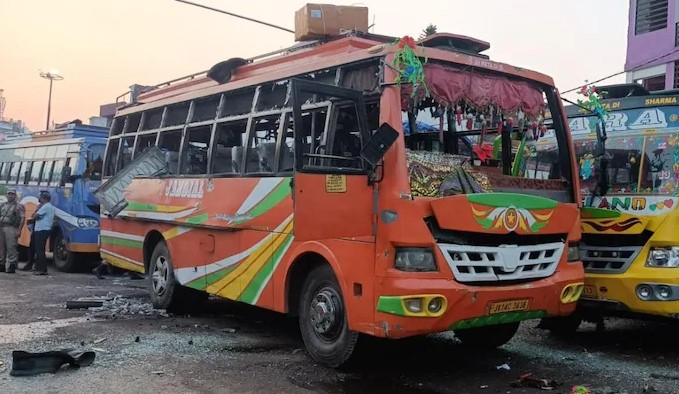 Srinagar, September 29: Two back to back bomb blasts within a span of eight hours created panic in Jammu and Kashmir’s Udhampur with police saying possibility of use of sticky bomb can’t be ruled out.

First blast took place 10:30 pm on Wednesday in a Basantghar bound bus that was parked near petrol station Domail area of Udhampur town. Second blast occurred in a parked bus at General Bus Stand Udhampur at 6 am on Thursday.

Police said that two persons have received minor injuries and are stable. Additional Director General of Police (ADGP) Jammu Mukesh Singh, while speaking to reporters at the spot said that two back to back blast occurred in Udhampur with the radius of two kilometres. “Preliminary investigations suggest that these were IED blasts,” he said.

“We are exploring and working on some old leads. Army teams, BDS and  teams from other agencies have reached the sites of explosions,” he said.

Meanwhile, official sources said that NIA experts have also reached Udhampur explosion sites and samples have been taken for investigations. “It is likely that the NIA may take over the probe,” he said