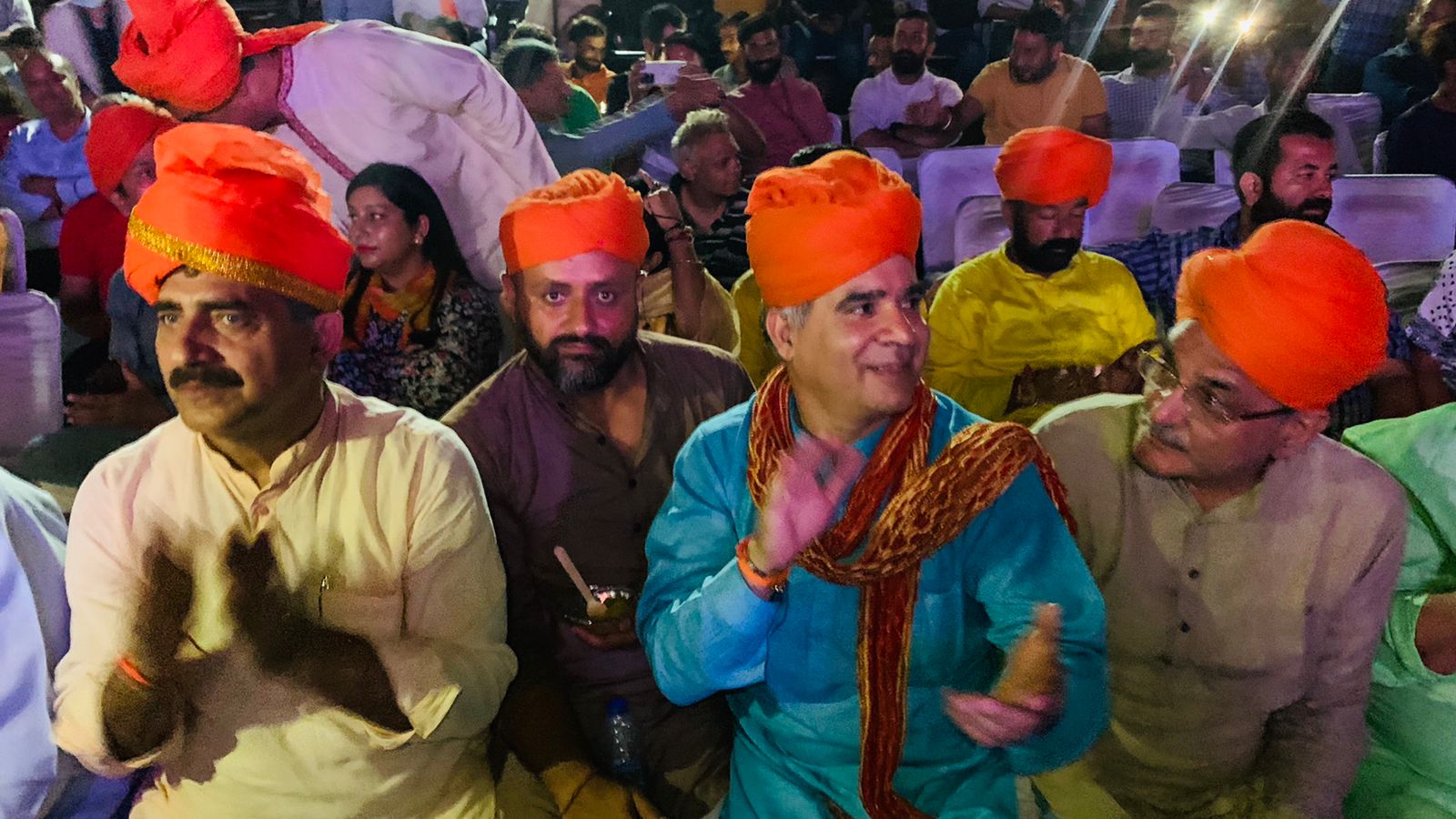 Jammu, Sep 23: The residents of Jammu on Friday took out parades across the city to celebrate the birth anniversary of Maharaja Hari Singh, the last Dogra ruler of Jammu and Kashmir.

Members of the Rajput community on two-wheelers, tractors, cars and even horses took out victory processions from the Ban Talab area of the city outskirts.

Adorning colourful turbans and holding flags of their organisation, several members of the They raised slogans glorifying Maharaja Hari Singh and brandished swords as part of the celebrations. Several gun shots were also heard during the rally.

“Our continuous agitation yielded results and the government has announced a holiday on the birth anniversary of the Maharaja after 75 years,” said Rajan Singh Happy, president YRS.

He thanked everyone who had supported the agitations and said that next movement is to ensure the chapters on Dogra worriers including Maharaja Gulab Singh, Former Maharaja of Jammu and Kashmir, General Zorawar Singh , Maharaja Partap Singh and Maharaja Hari Singh in school curriculum from next academic session.

Earlier, Lieutenant Governor administration had recently declared the birth anniversary of Maharaja Hari Singh, which falls on September 23, as an annual holiday in the Union Territory.

The celebrations started with the great grandsons of Maharaja Hari Singh, Vikramaditya Singh and Ajatshatru Singh offering prayers at the Bawe Wali Temple and Ranbireshwar Temple in the city early in the morning.

The celebrations by the Yuva Rajput Sabha (YRS) that began on Thursday night continued on Friday while people from all walks of life assembled at Tawi Bridge and Maharaja Hari Singh Park to pay tributes.

At the Tawi bridge, the BJP leadership led by its president, Ravinder Raina danced to tunes of drum beats amid slogans of ‘Maharaja Hari Singh amar rahe’. Sweets were also distributed among the people while medical camps were organised at several places in the city.

“It is a victory for people. It is justice done. We congratulate the people of J&K, particularly Yuva Rajputs for their fight,” Raina told reporters.

Congress party led by its working president Raman Bhalla also took part in the celebrations and asserted that it was time for the central government to fulfil another demand of restoration of Jammu and Kashmir’s statehood.

Similar celebrations were also held in Kathua, Samba, Udhampur, Reasi, Doda, Kishtwar and Rajouri districts. In Kathua, some public transporters offered free travel to passengers as a tribute to the Maharaja.kno