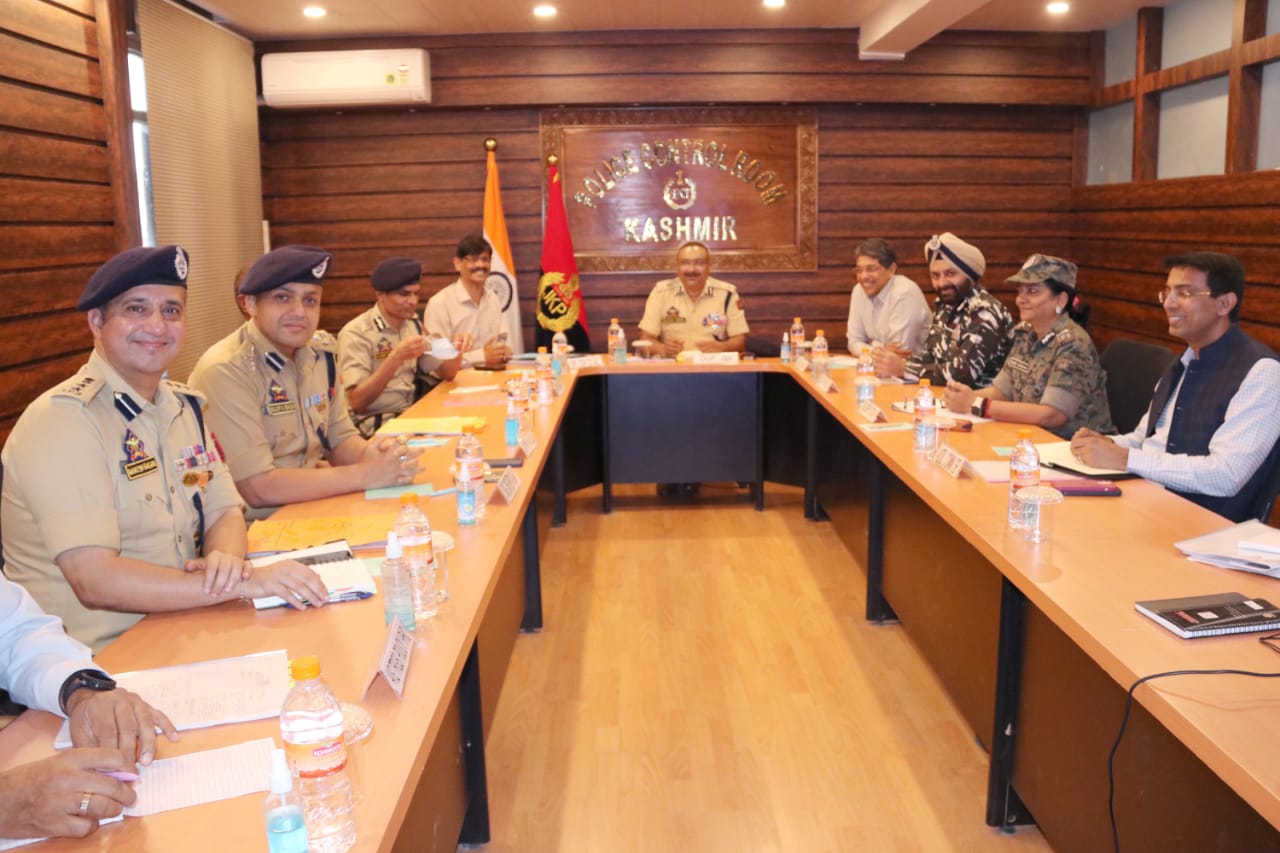 Addressing the meeting, the DGP  emphasized on revisiting the city and south Kashmir security grid plans and said “that the we must continue to deal strictly with elements involved in misguiding our youth and pushing them towards terrorism”.

He directed the officers to strengthen area domination and night patrolling in grey areas. The DGP stressed for placing the surprise Nakas and ambushes to check any suspect movement. He directed for the use of modern gadgets including drones and CCTVs for area domination.

The DGP stressed for identifying the gaps if any for desired results. He directed that Jurisdictional officers to ensure the supervision of the Nakas and deployments on a regular basis. The DGP directed for conducting the joint security meeting at District levels for executing the strategies. He also emphasized on adopting preventive measures to restrict the movement of anti-peace elements.

He directed that forces to maintain pressure on “anti nation elements so that terror groups don’t get any chance of revival”.

The DGP impressed upon the officers, to work out strategies to further consolidate peace in Jammu Kashmir adding that in the process forces have to ensure that civilians do not face any inconvenience.

“Stressing for remaining more vigilant against terror support network who are helping terrorists to carry out their nefarious designs,” the DGP directed for putting in utmost efforts to ensure “terror free Jammu and Kashmir”.

During the meeting a threadbare discussion regarding the “terror crimes in valley was held and the officers present in the meeting gave suggestion regarding anti-terror operations and for strengthening peace further in J&K”.

The DIG CKR apprised the DGP regarding the area domination in Srinagar City as also in districts of South Kashmir for effective surveillance of anti peace elements through a PowerPoint presentation.