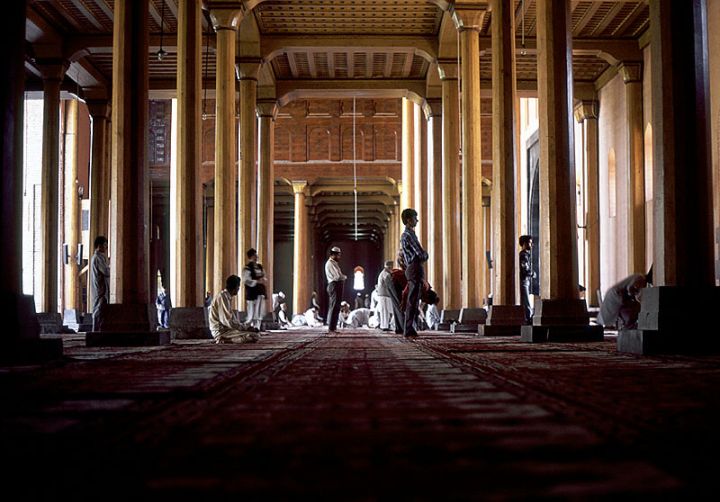 Srinagar, Sep 09: Anjuman Auqaf Jama Masjid has said that the religious and cultural sovereignty of the people of Kashmir is being undermined and trampled upon and keeping Mirwaiz away from his Mansab and role as Mirwaiz seems to be part of that thought.

Addressing the Friday Congregation at Jama Masjid Srinagar Khateeb and Imam Hai Ahmed Syed Naqshbandi strongly denounced the administration for lying to people about Mirwaiz’s release and making false promises of allowing him to come to Jama Masjid to deliver the Friday sermon and offer prayers in the central Jama Masjid.

Mirwaiz is under house detention since August 2019 and all his fundamental human rights have been curbed, a statement.

Addressing the gathering amidst great disappointment to people who each Friday eagerly wait to see and hear the Mirwaiz after the LG committed “He is free”, Imam Hai asked the administration and police that despite giving assurances and making announcements to the Auqaf and people, why is Mirwaiz still being detained? Imam hai urged the LG Manoj Sinha to walk his talk and release the Mirwaiz.

Meanwhile, the statement said that once again today morning police personnel were stationed in large numbers on both sides of the road leading to the Mirwaiz’s residence at Nigeen, causing inconvenience to passersby, fearing that he may move towards Jama  Masjid for prayers.