8 killed, 3 injured as vehicle plunges into gorge in Kishtwar 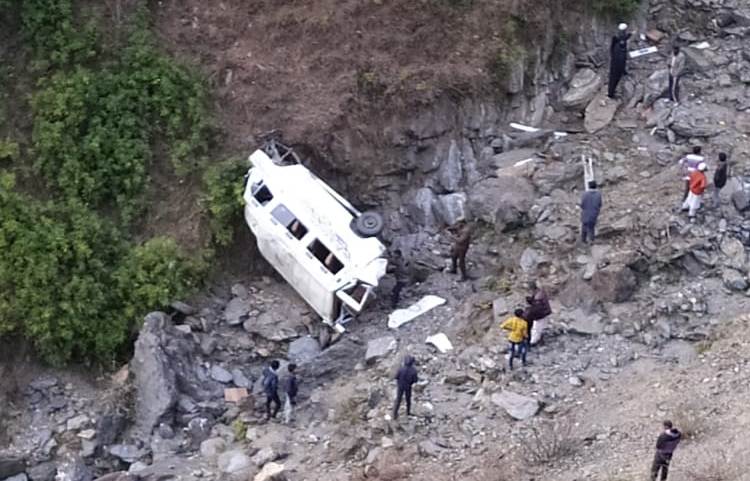 Jammu, Aug 30: At least eight people were killed and three others were critically injured in a road accident in Chatroo area of Kishtwar district on Tuesday.

An official said that a sumo carrying passengers from Chingam to Chatroo, skidded-off the road near Bonda village today afternoon.

He said that in the incident eight people were killed, while three others were injured. “Soon after the incident, rescue teams, comprising of police, Army and local villagers reached the spot,” he added.

Senior Superintendent of Police, Kishtwar, Shafqat Bhat said  that eight people have died in the accident and three were injured, while rescue operation was going on.

Meanwhile, Lieutenant Governor, Manoj Sinha expressed grief over the incident and directed district administration to ensure the best possible treatment to the injured.

“Extremely pained by the loss of lives due to a tragic road accident in Kishtwar. My deepest condolences to the bereaved families and prayers for the speedy recovery of injured. Directed district administration to ensure best possible treatment to the injured,” office of LG J&K tweeted.kno