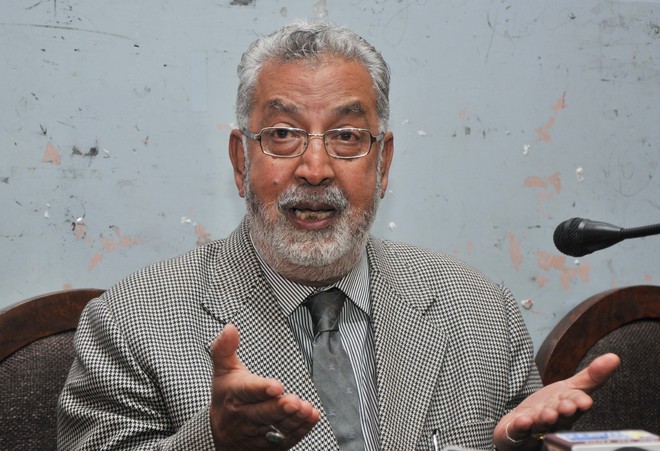 Srinagar, Aug 28: Senior leader and former Minster Taj Mohiuddin on Sunday resigned from the basic membership of Congress party and is apparently joining the new party to be launched by former Congress veteran Ghulam Nabi Azad.

Addressing a press conference at Srinagar, he said that group of leaders led by Ghulam Nabi Azad has nothing to do with BJP and if they ever ally with them, he will leave the party.

. “Azad may have personal friends in the BJP party but that doesn’t mean he have political ties with them,” he said. “Even the rumours are being spread that Azad have contact with BJP. Believe me its totally baseless,” he said, adding that he will never join hands with a non-secular party. If it is matter of alliance, we will go with NC not BJP,”

Responding to allegations of Altaf Bukhari that G N Azad maintained tactic silence on the Abrogation of Article 370, he said, ” Azad was only man who raised outcry in parliament when article 370 was abrogated.” kns