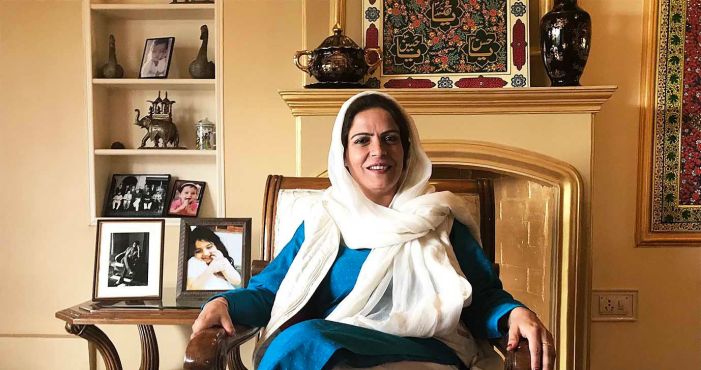 Srinagar, Aug 26: Chairperson of district development council Baramulla Safina Baig was Thursday elected as head of Jammu & Kashmir Haj Committee after her name was proposed and seconded by two other members of the panel who are affiliated with the Bharatiya Janta Party (BJP).
Sources said that Safina Baig was elected as chairman of the Haj committee  after her name was proposed by former MP Choudhary Talib Hussain. “Her name was seconded by Muhammad Rafiq Chashti (district president BJP Poonch),” they said.
During the meeting, according to sources, the name of member parliament Justice (retired) Hasnain Masoodi was proposed by Molvi Muhammad Ashraf, but it was  seconded none.
“Syed Mohd Rafiq, who is also a member of the panel, was not present during the proceedings,” they said.
It is worthwhile to mention that Safina Baig had started her political career from the Peoples Democratic Party. She had joined the Peoples Conference in 2021 but later she maintained that she was independent and would remain as an independent candidate. kno