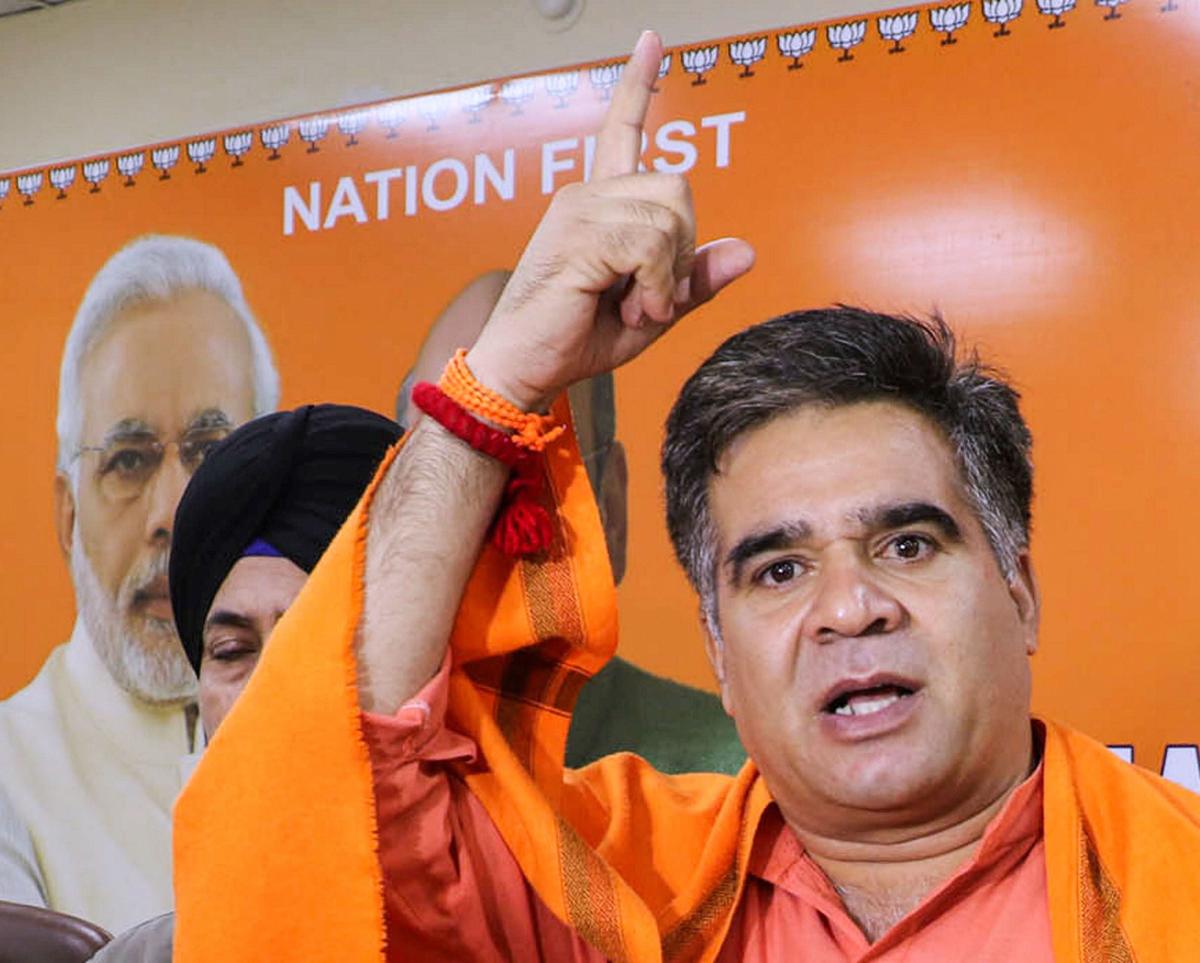 Jammu, Aug 22: In an attempt to counter the All Party Meeting (APM) called by Gupkar Alliance over non local voters row,  BJP Monday said that opposition parties san the logic to oppose ‘non-local’ voters as PDP founder Mufti Muhammad Sayeed  and  Congress stalwart leader Gulam Nabi Azad themselves have contested polls from Uttar Pradesh and Maharashtra respectively in the past.

The opposition parties were invited by former Chief Minister Farooq Abdullah where in leaders of the Congress, PDP, Awami National Conference (ANC), Shiv Sena, CPI, CPI(M), JDU and the Akali Dal Mann participated . The ruling BJP was not invited to the meeting.

The meeting was called to lay a roadmap against Election Commission’s decision to include ‘ordinarily residents’ as voters in ongoing Summary Revision for electoral rolls.

Countering the narrative, the BJP held a parallel meeting at its headquarters in Jammu to chalk out a “counter-strategy” against the meeting called by Abdullah in Srinagar.

Addressing media after the meeting, BJP president Ravinder Raina said PDP founder and former CM Mufti had 1989 contested elections in Muzaffar Nagar in Uttar Pradesh and later he took oath as Home Minister. Congress leader and former CM Ghulam Nabi Azad won election from Maharashtra for their own benefits but when somebody who is residing here for many decades are getting rights, these parties are trying to vitiate the atmosphere.

“We are all residents of  one nation and there is no discrimination against anyone. Law is the same for everyone and the Constitution of India has given the right to equality to everyone,” Raina said.

Raina added that the people of J&K are residing in Delhi, Maharashtra etc for many years, they have surrendered the vote in J&K and have got voting rights there. There was no propaganda there and no one called them outsiders in those places.

The BJP, meanwhile, accused the NC, PDP and other parties of spreading “misleading propaganda” to poison the minds of the people over the issue of “inclusion of non-local voters” in the revised electoral rolls in the Union Territory.

“There is no issue of ”locals or non-locals” as the Constitution gives all citizens the right to vote in the country after attaining the age of 18. The Representative of the People Act was implemented across the country in 1950 and was extended to J-K after the abrogation of Article 370 (in August 2019). The revision of electoral rolls is taking place in accordance with the Act,” the BJP leader said.

Raina maintained that people of West Pakistani Refugee, Gorkha Samaj, Dalit community were denied their fundamental right to vote and their human rights were violated in Jammu and Kashmir for past 70 years.

Ravinder Raina said that Representation of Peoples Act 1950 was applicable all over India since 1950 and now it has become applicable to J&K as well after the abrogation of controversial articles 370 and 35 (a). Now with the application of this Act everybody above the age of 18 who is residing in Jammu & Kashmir can participate in the election process, which is a Constitutional process. This is a deliberate malicious attempt of propaganda against the judicial process unleashed by NC, PDP, Congress along with certain other parties.kno