Lateef Rather among three militants killed in Budgam Gunfight: Police 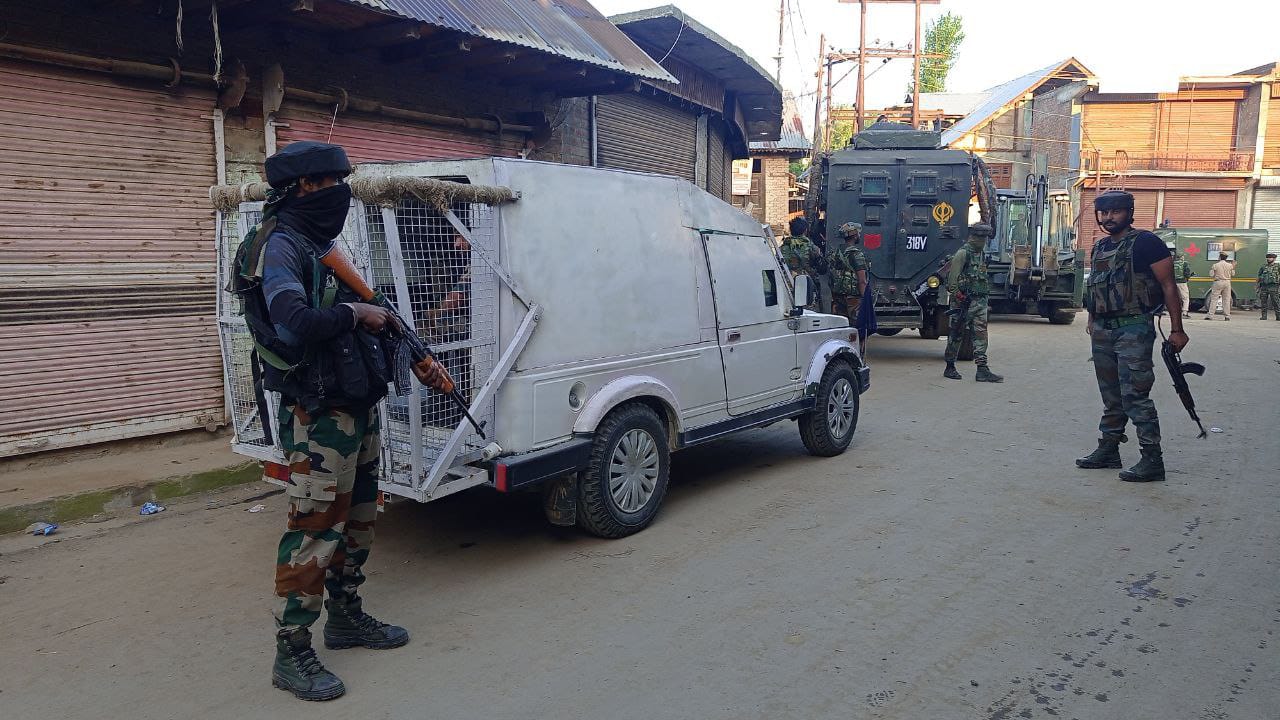 Srinagar, Aug 10: Three Lashkar-e-Toiba militants including a top commander of the outfit were killed in an encounter with security forces at Badipora,Chadoors in Central Kashmir’s Budgam district, police said Wednesday.

A police official said that acting on a technical input generated by SoG Srinagar about presence of a group of militants in Waterhail area of Budgam, Budgam Police along with 62RR and 79Bn CRPF launched a joint cordon and search operation in the area.

“During the search operation, as the joint party advanced towards the suspected spot the hiding militants fired indiscriminately at the search party which retaliated effectively leading to an encounter,” he said.

He said that in the ensuing encounter, three militants of LeT (TRF) outfit were killed and their bodies were retrieved from the site of encounter. “The killed militants have been identified as Lateef Rather alias Abdullah (Top Commander), resident of Badipora, Chadoora area of Budgam, Saqib Mushtaq Khan and Muzaffar Ahmad Chopan, both residents of Khonmoh area of Srinagar,” the official said.

A police spokesman in a statementsaid that as per police records, all the killed militants were part of a group involved in several crime cases including civilian atrocities. “The killed militant Lateef Rather alias Abdullah Bhai was a second time recycled militant of LeT/TRF outfit as he was apprehended by Police in a terror crime case in 2001,” the spokesman said, adding that “post his release from Jail in 2013, he again joined LeT outfit and started operating as a close associate of top LeT Commander Abu Qasim( Pakistani) .As per police records, he was responsible for a Fidayeen attack on 24/06/2013 in Hyderpora area on an Army Convoy in which eight soldiers were killed. Besides, he was also responsible for plotting, planning and killing of SHO PS Chadoora Martyr SI Shabir Ahmed in 2013.”

Addressing a press conference in Srinagar, ADGP Kashmir Vijay Kumar said that slain Lateef was arrested by Police in 2013 and prosecuted for his involvement in several crime case. “In November-2021 he got released from Jail . Post his release, he again started working for LeT/TRF outfit in Srinagar City and joined the militant folds in February-2022 and assumed the role as Commander TRF. During the year 2022, on the directions of his across border handler Sajjad Gul, he carried out several  crimes and civilian atrocities including killing of a Kashmiri Pandit employee Rahul Bhat and an artiste Amreen Bhat in Chadoora area.”

The ADGP said that the other killed militant Saqib Mushtaq was also involved in several crimes including killing of DDC Member Sameer Ahmed Dar and firing on non-local labourers in Nowgam area. The ADGP Kashmir appreciated the joint teams of Police/SF for carrying out the operation in professional manner without any collateral damage and eliminating the group of militants including wanted militant Lateef Rather.

The ADGP termed the elimination of the Lateef as a big success as he was wanted by law for his involvement in several civilian killings. “All militants involved in target killings have been neutralised in different encounters except LeT Basit Dar of Kulgam who would be either arrested or neutralised in the encounter at the earliest. Asked about the threat due to Magnetic IEDs, the ADGP said not just Magnetic IEDs but other IEDs are a challenge and police are dealing with it professionally. “We will track Magnetic IEDs and defuse them,” he said, adding that police and other security agencies will ensure smooth Aug 15 functions across Kashmir.