Students of MS Chankhan protest, allege teachers of making them work as labourers 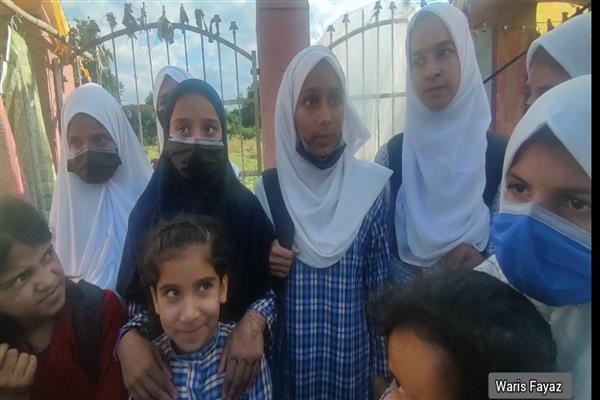 Reports reaching to Kashmir News Service (KNS) said that a group of students of middle school Chankhan staged a protest demonstration against school authorities, alleging teachers of forcing them to work as labourers.

They alleged that their teacher force them to work as labourers instead of being taught in the school.

However, principal of the concerned school termed the allegations as baseless.

Meanwhile, Zonal Educational Officer Sopore, Abdul Salaam told KNS that a committee has been framed and action would be initiated against the guilty. (KNS)