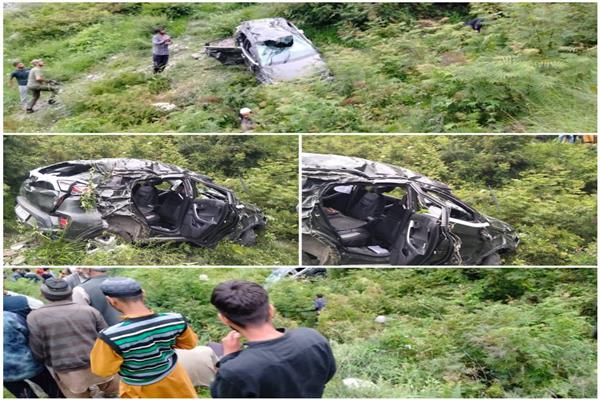 Karnah, July 31: A-13-year old girl was killed and five others were injured after the car they were travelling in skidded off the road and fell into a gorge in Karnah area of north Kashmir’s Kupwara district on Sunday evening.

In the incident, people other also sustained injuries who were evacuated to SDH Tangdar for treatment.

A police official said that a case has been registered in this regard.kns