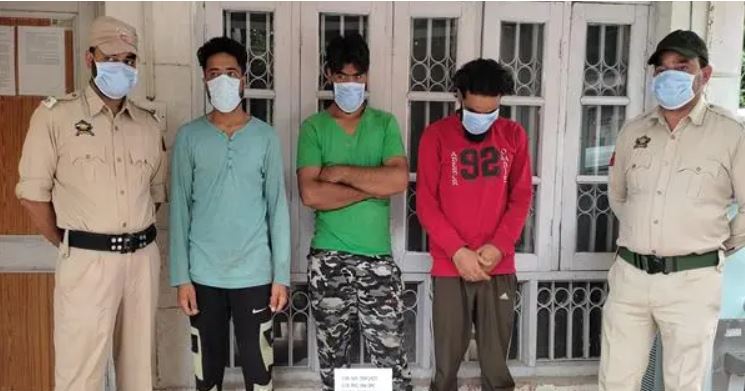 Budgam, July 29: Police on Friday said that they have arrested three persons in a cell phone snatching incident in central Kashmir’s Budgam district.

The spokesman said, “After registering a case investigating officer Adil Ahmad put forward hectic efforts and was able to nab the two accused involved in the crime within 24 hours of the incident. Upon disclosure of arrested persons, 8 snatched mobile phones were recovered including an Oppo, Realmi, Intel, Arise, N72 and 3 Redmi phones.”

The accused have been identified as Shabir Ahmad Dar alias Shab Chela son of Ali Mohammad Dar and Abdul Rashid Rather alias Resh Matoo both residents of Nasralluhpora.

During questioning, they revealed that stolen cell phones were sold to one shopkeeper namely Irshad Gulzar Dar, a resident of Pathanpora Nasralluhpora who also has been arrested in the said case.

Police said that further questioning is going on.