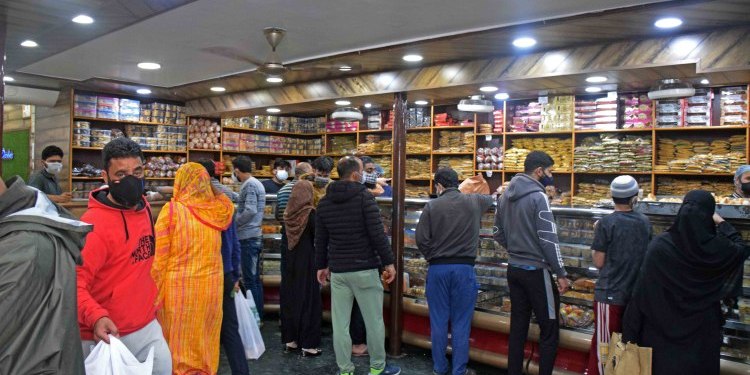 Srinagar, Jul 21: The fresh directive that has imposed five per cent Goods and Services Tax on general items has left the common people fuming with traders, consumers, fruit and vegetable merchants demanding immediate rollback on GST on daily use items.

The people including traders, consumers as well as the fruit and vegetable growers said that the decision is unfair with the people, especially to those who belong to the downtrodden section of the society.

Sheikh Ashiq, a businessman, who is also heading one of the trade bodies, said that the public opinion about the general and consumable commodities with regard to the levying of GST on such stuff should be addressed.

“There was a thought behind when the taxes on general commotions were exempted. The decision is expected to lead to the sufferings of poor people and thus the government should consider exempting the GST on consumable commodities,” he said.

He further said that by exempting the GST on consumable commodities, the poor people would be able to get the food stuff at low rates.

Bashir Ahmad Bashir, who is heading Fruit Growers and Dealers association in Kashmir, said that both rich and poor consume the food stuff including the fruits and such a decision would impact everyone including the fruit growers as well.

“Levying GST on general items would affect the fruit business badly. We want the government not to levy GST on the general items,” he said.

Aamir Ahmad, one of the consumers said that as the ration being provided by the government is already low, he buys rice from local shops every month and unfortunately by the fresh directive, he would be forced to get ration at an exorbitant rate.

The consumable items should be exempted from the GST so that the people here could heave a sigh of relief. “The rates of consumable commodities are already high and the poor people are finding it difficult to buy the food stuff. However, the fresh decision at the same time, is all set to push the downtrodden section to the wall,” he said.

The consumer further added that even from fruits to vegetables, rice to wheat, the prices are all set to rise soon after the decision of levying GST on general items is implemented. “There is a need to understand the sufferings of people and the decision in this regard should be taken at earliest so that the people would get some respite,” he said.kno