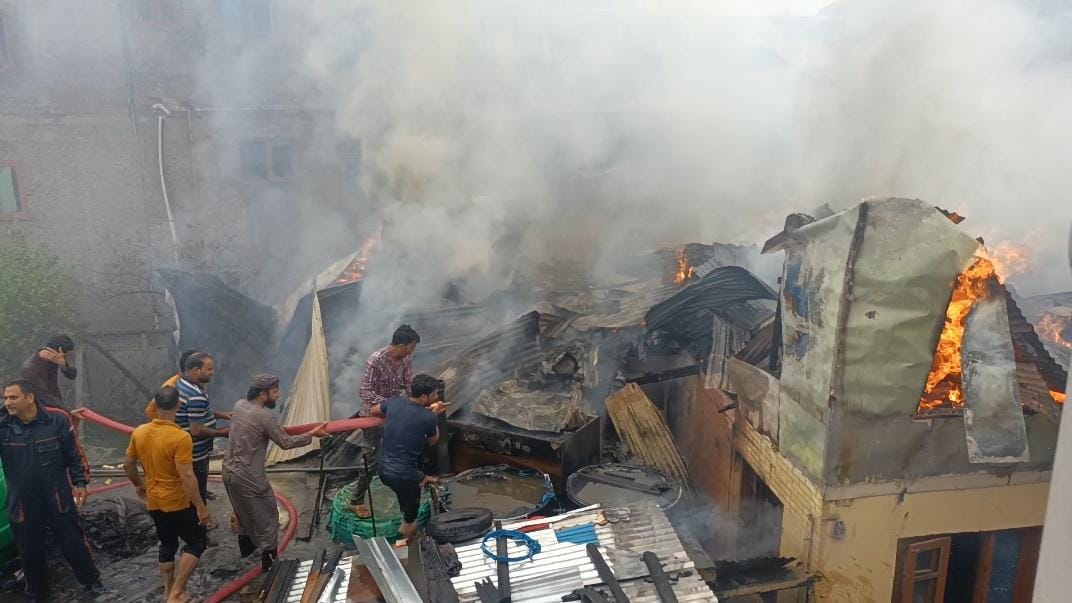 Srinagar, July 21: A Darul Uloom (Islamic seminary) and two residential houses were damaged in a massive fire in Khaniyar area of Srinagar on Thursday.

A marriage hall and two more houses in the vicinity also suffered slight damage in the fire, the cause of which is being investigated, officials said

They said that fire erupted in the congested locality during early morning and caused damage to two houses besides the seminary.

Officials of Fire and Emergency department told GNS that timely intervention prevented fire from spreading to more houses. “Because of the narrow lanes, the normal fire engine could be taken to the spot and the department took it in a small load carrier,” the officials said. With the help of locals and other allied agencies, they said, fire was contained.

They said that there was no report regarding injury to anyone in the fire incident. Asked about the casue of fire, they said, the same is being investigated by the police gns