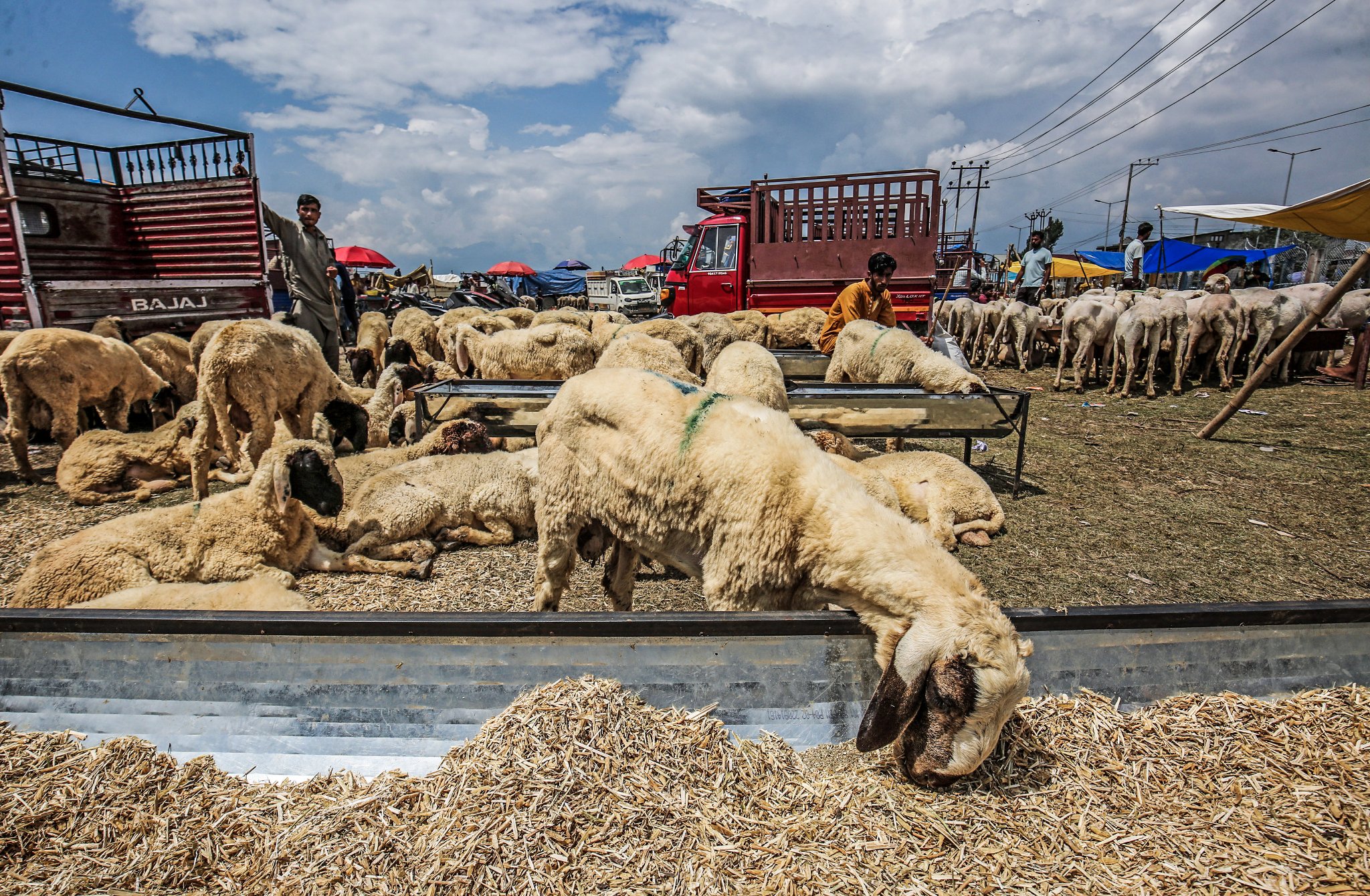 Srinagar, Jul 09: More than two lakh sacrificial animals have been sold ahead of Eid-ul-Azha as sales picked up after around three years in Kashmir.

Mehraj-ud-din Ganie, a senior member of the All Kashmir Wholesale Mutton Dealers Association said that the sales have picked up after three years.

He said that in the last three years, there were fewer sales due to abrogation of Article 370 and Covid-19.

He said the sales have picked up and “we are expecting that around 2.5 lakh sheep will be sold in Kashmir on Eid as sales are still going on.”

He added that due to Amarnath yatra, vehicles carrying sheep are being stopped due to which the mortality of sheep has increased.

Other dealers also said that the government is not taking dealers in confidence before taking any decision due to which the rates on the ground remain arbitrary.

They said that if the government claims that the rates they fix are genuine then they should have made livestock available.

They further added that this year sales were good after around three years and around two lakh sacrificial animals were sold and around 50 thousand more are expected to be sold till tomorrow.kno