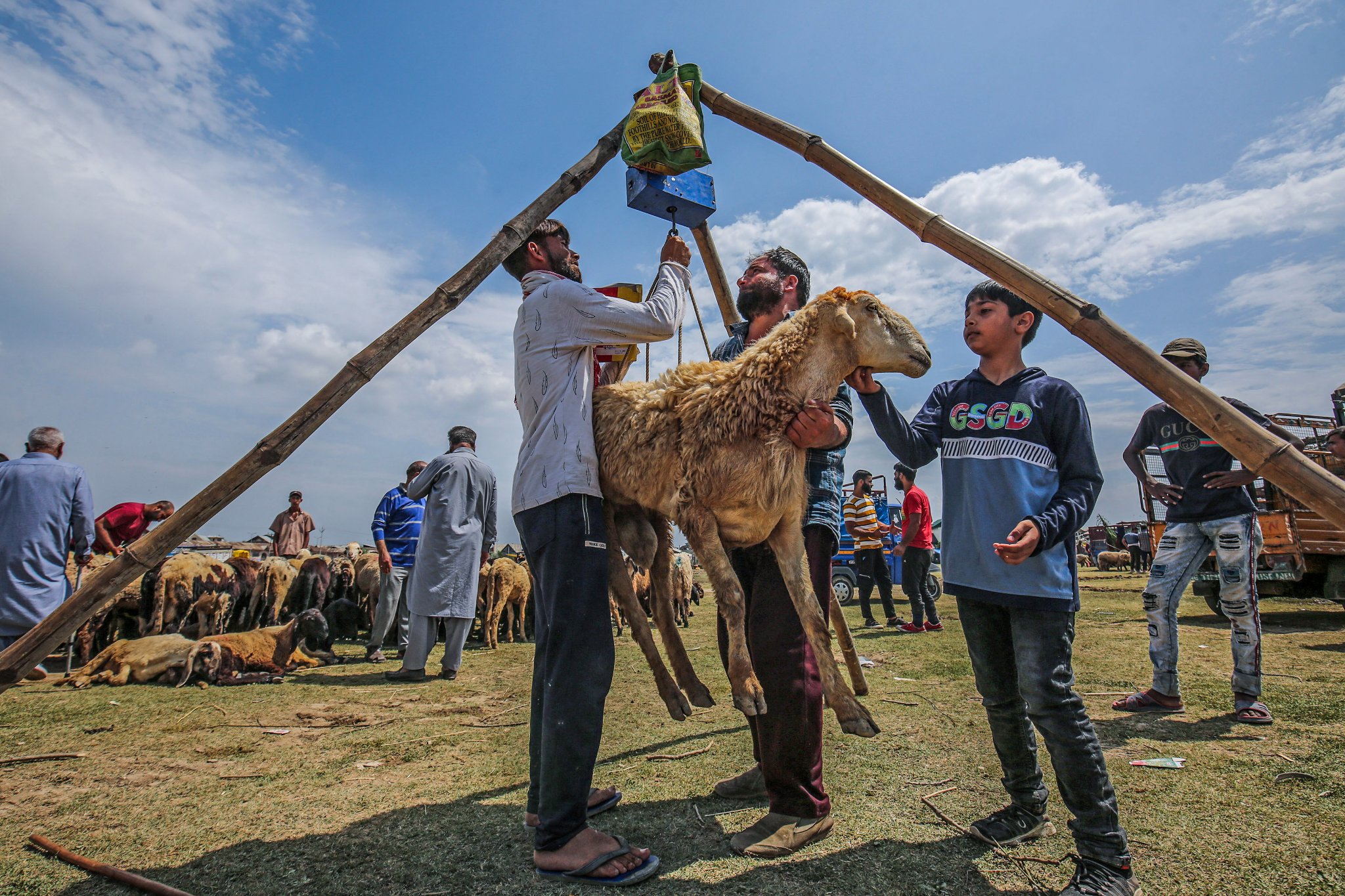 Srinagar, Jul 08: Rates fixed by government for selling of sale and purchase of sacrificial animals in the Kashmir Valley are nowhere applicable on ground as livestock is being sold at arbitrary rates, customers alleged on Friday.

Several customers said  that they are being forced to buy animals on arbitrary rates and even without weighing these animals.

Mohammad Irfan of Chanpora alleged that government has fixed rates of sheep from Ts 285 to 315, however, on ground the minimum rates are around 400 per kg and it touches to around 600 per kg at some places.

He said that government rates are on papers only and on ground rates are arbitrary and dealers are looting people as per their will.

Mohammad Ashraf, another local from Srinagar said that if government has fixed rated, then they should have implemented it on ground as its easy way to make livestock available themselves on rates fixed by them.

Meanwhile, Mehraj-u-din, a senior member of J&K Mutton Dealers Association acknowledged that sacrificial animals are being sold at higher rates but government isn’t taking mutton dealers in confidence while fixing the rates.

He said that government has fixed rates but they must make livestock available and give them a profit of Rs 10 only per kg, but if they aren’t making it available at rates fixed by them then how can locals sell livestock.

He also said that government must look into the matter at an earliest and take all stakeholders into confidence so that nobody will suffer.kno