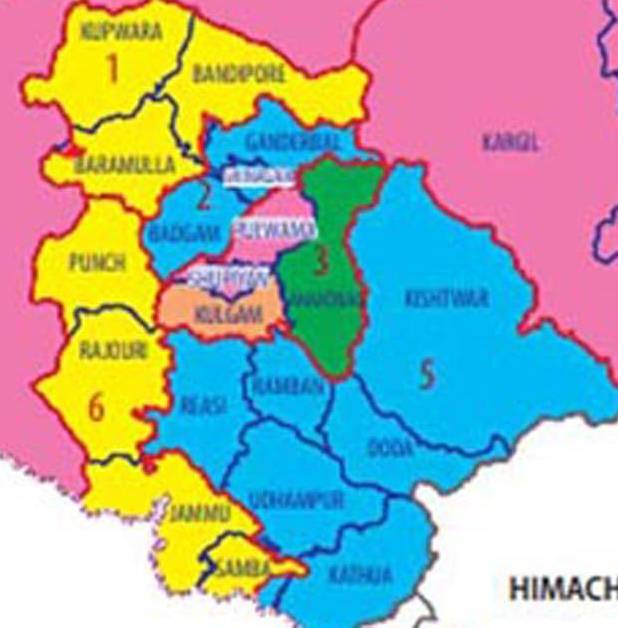 Jammu, Jul 07: The election department Jammu issued a list of polling stations of all 11 newly delimited assembly constituencies and invited objections and suggestions from people.

“The draft list of polling stations of newly delimited Assembly constituencies of Jammu district has been prepared and is hereby published for the information of all concerned for filing objections/suggestions within a period of seven days from the date of its publication,” said a communication issued by District Election Officer Avny Lavasa.

Meanwhile, the District Election Officer convened a meeting with representatives of various political parties at the DC Office.

She discussed post delimitation exercises including rationalisation of polling stations, list of draft polling stations after formation of new constituencies, addition and deletion of voters in the list etc.

The Deputy Commissioner informed the representatives that a list of draft polling stations after the formation of new constituencies has been released and also asked them to submit their suggestions and objections within one week.

The DEO said that BLOs would be trained and sensitised regarding the post delimitation exercise.

She informed that special camps would be organised at polling stations for inclusion of new voters and correction in names.

Dy. DEO Mushtaq Choudhary besides representatives of BJP, Congress, National Conference, PDP, BSP, AAP and other political parties were present in the meeting.

Earlier, The Election Commission (EC) has begun the process of electoral rolls revision in Jammu and Kashmir after a gap of three years, in an indication that polls could be held soon.

The EC started the process days after Defence Minister Rajnath Singh said that Assembly elections in the Union Territory may be held by the end of the year.kno