In 14 years, Bandipora man completed translation of Quran from Arabic to Easy Arabic 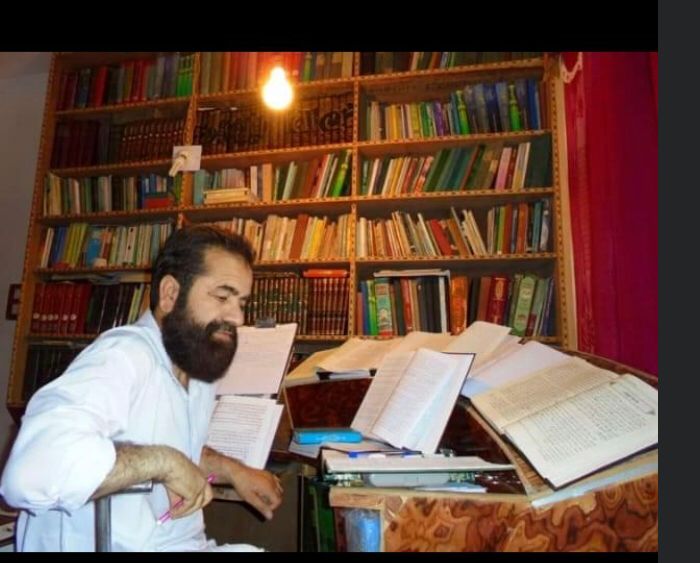 Srinagar, Jun 28: Dr Muzaffar Hussain Nadvi, who hails from north Kashmir’s Bandipora district has completed translation of Quran into easy Arabic after working on the same for 14 long years.

He started working on the project in 2003 after reading 30 Tafaseer books from different Islamic scholars.

O) Muzaffar said that he started this tafseer titled “Khulasat-ul-Tafseer” when he was pursuing his PHD.

He said that he got to know about a tafseer written by famous saint and scholar of Kashmir Molana Mohideen Naqsbandi, who had written a translation “Zurda-dut-tafseer” comprising of 600 pages that was available in Khuda Bhaksh library.

“I took the film of the tafaseer and started to edit that and today it is ready in the form of new tafseer known as Khulasatul Tafseer. And being an Ajmi I have translated it into normal or easy Arabic. By easy Arabic I mean that a common can easily recite or learn this Tafseer as compared to the original one,” Dr Muzaffar said.

Dr Muzaffar said that he had to go through almost 30 tafaseers to complete this project and it took him 14 years to do that.

“Our Kashmiri language includes almost 27% of Arabic words, but of late, now the pattern and shape has been merged,” he said.

He further said that there is no age of learning Arabic or any language, it’s only a matter of passion.

Dr Muzaffar also said that he was thankful to UGC for providing him two projects for the same.

“Many people learn Arabic as they have passion to know Islam, while some are earning money by working in Gulf countries after learning Arabic. Nowadays more people are showing interest in learning Arabic in colleges and universities as compared to previous years,” he said.kno