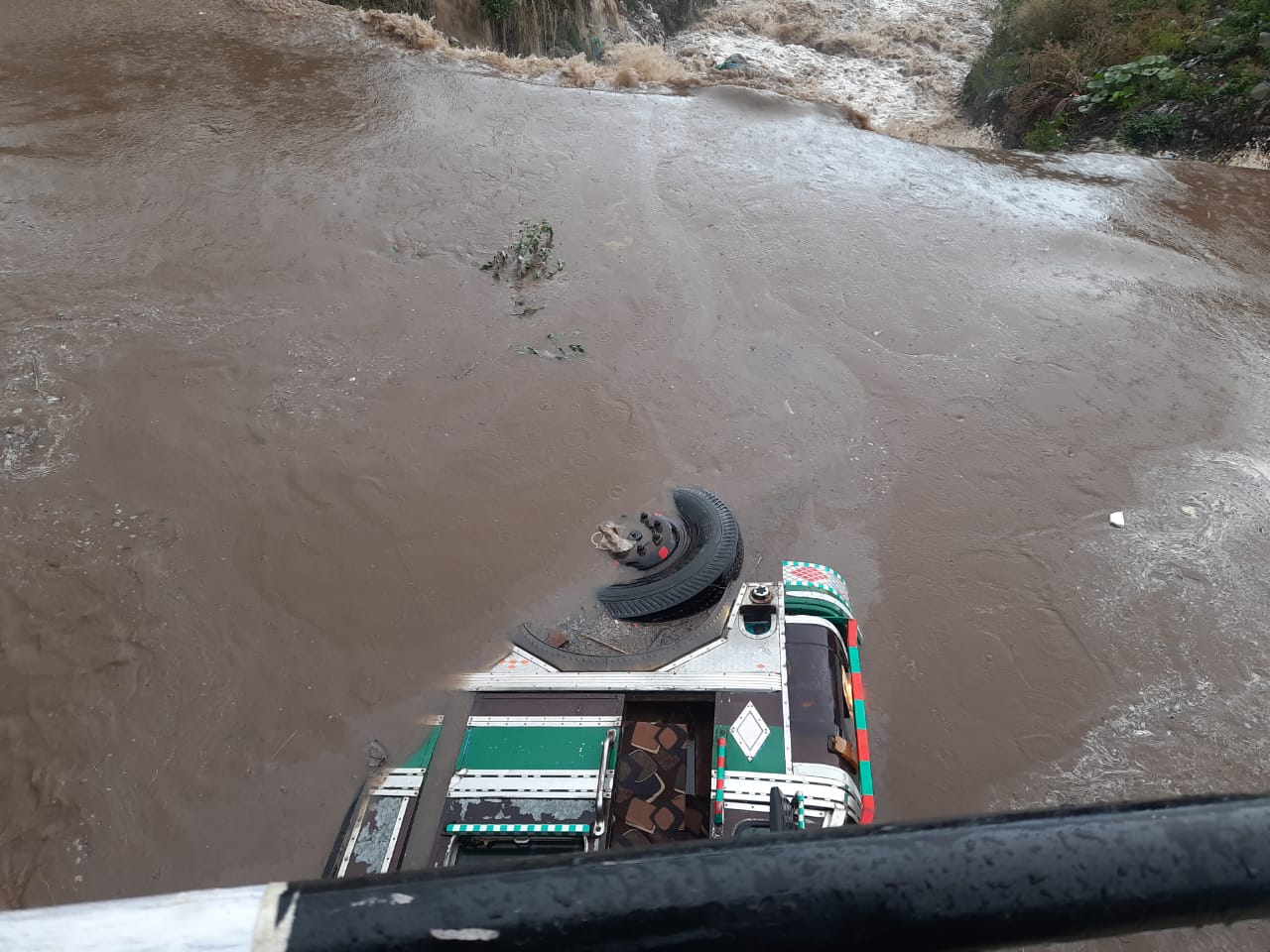 Bandipora, June 22: A driver and conductor miraculously escaped unhurt after a truck, on way from Srinagar to Bandipora, rolled down into Baedkul Nallah in Ajas village of North Kashmir’s Bandipora district on Wednesday.

Reports said that a cement laden truck skidded off the diversion constructed on either side of the newly constructed Ajas bridge, and fell into Baedkul Nallah after driver lost control over the vehicle.

Locals, present on the spot, immediately swung into action and rescued the duo, who miraculously did not suffer any injury. Both the driver and conductor are safe.

A police official said the cognizance of the accident has been taken and investigation about the incident set into motion.gns