Mother-Son duo killed as tree falls on Kotha in Shopian 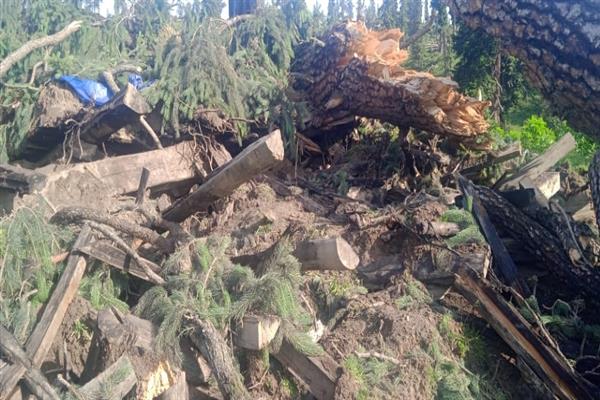 Srinagar, June 16: A mother-son duo was killed while two other family members were injured after a tree fell on their Kotha in Zaban Gali area or Shopian district late last night.

An official said that a tree fell on a Kotha in Zaban Gali last night, resulting in the on spot death of mother-son and injuries to two other family members.

The deceased have been identified as Sharefa Bano wife of Nika Katari and her son Idrees Ahmad son of Nika Katari of Khatwalan Tehsil Keller of Shopian.

The official said that bodies have been handed over to relatives in village Kathhallan for last rites, while Nika Katari and his daughter, who are injured are under treatment in hospital.

Meanwhile, deputy commissioner Shopian expressed condolences with the family and assured all help from district administration.kns