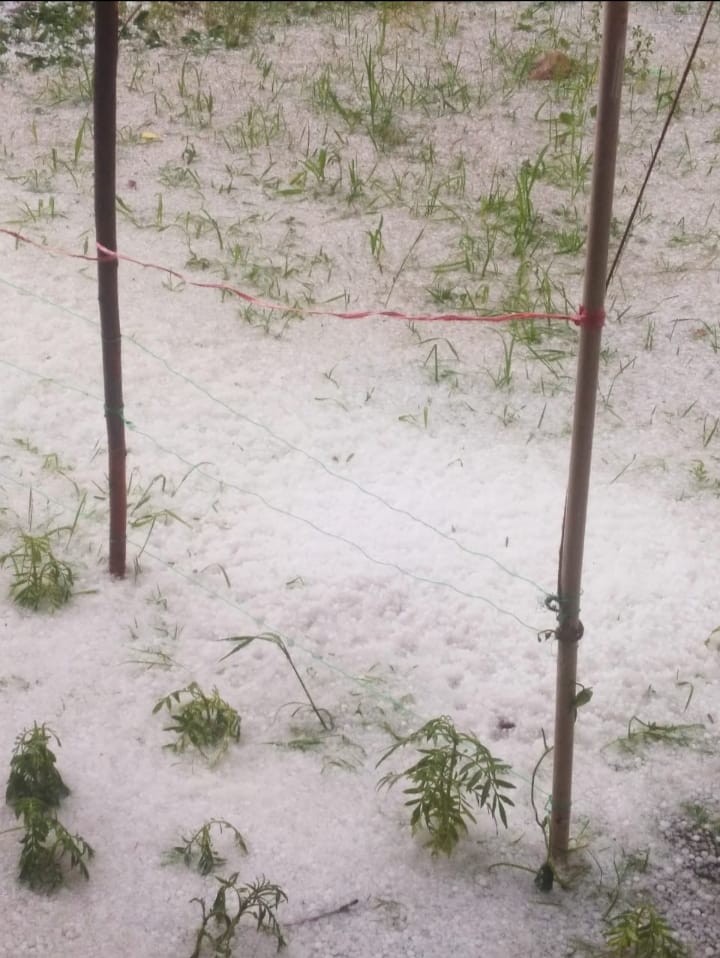 Srinagar, Jun 16: A massive hailstorm witnessed at several places in parts of north Kashmir districts on Thursday wreaked havoc to orchards and standing crops with several residential houses reportedly suffering damage in the aftermath of flash floods due to a cloudburst at Rafiabad in Baramulla district.

Similar reports were received in neighboring Baramulla district where the weather fury caused widespread damage to orchards and vegetation. The villages which however faced the maximum brunt included Noorkhah Boniyar and Gulmarg.

In the meantime, many houses were damaged in the aftermath of flash floods caused by a cloudburst at Bakhipora village of Rafiabad. There were however no immediate reports of any injury or loss of life in the particular incident.

Reports of hailstorm were also received from several places, including Garoora and Chatti Bandi, in Bandipora district.

When contacted, BFO Sanzipora Bashir Ahmad Wani said that a Fire and Emergency Department was sent to extinguish the fire at the site. “Several trees have suffered damage in the fire so far”, he said adding efforts are on to put it out as soon as possible to avoid the spread of flames. gns