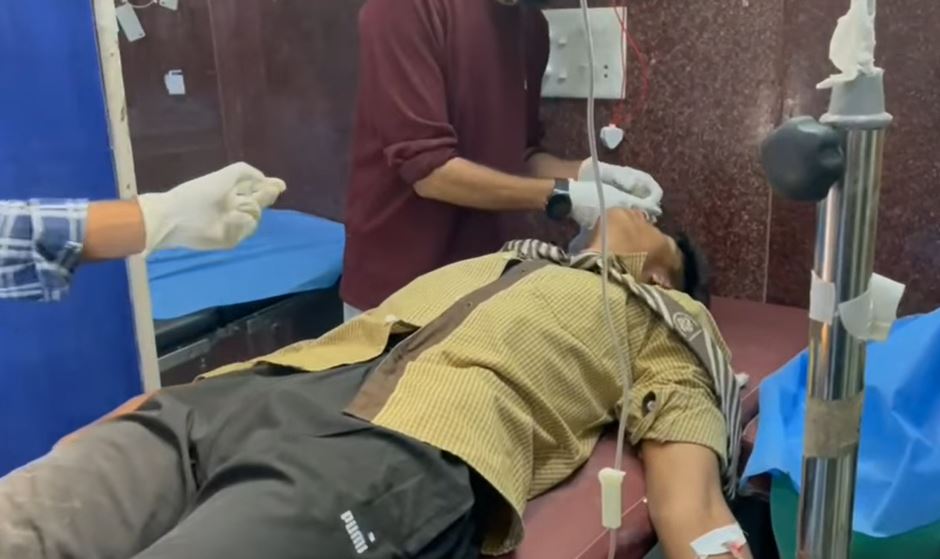 Srinagar, Jun 15: At least ten students besides a teacher sustained injuries after a school-bus they were on board, met with an accident at Dubjan area in south Kashmir’s Shopian district on Wednesday.

Reports  said that a school-bus belonging to ‘Smart Mission High School’ Ghasipora Wonpoh rolled down almost eight feet after it skidded-off the Dubjan bridge in Shopian. Soon after the accident, army’s COB 15 Garhwal launched a rescue operation at the site and evacuated at least ten students, three of them in critical conditions to District Hospital Shopian for immediate medical attention. After initial treatment, two of the injured were taken to SMHS Srinagar for advanced treatment.

A police official confirming the incident said  that a case has been registered into it for further investigations.

In the meantime Lieutenant Governor, Manoj Sinha prayed for speedy recovery of the injured.

“Spoke to district administration on accident of a Anantnag school bus at Dubjan bridge, Shopian. Issued necessary direction for best possible treatment of injured students. One injured student has been shifted to SMHS hospital. Praying for their speedy recovery,” Office of LG tweeted. gns