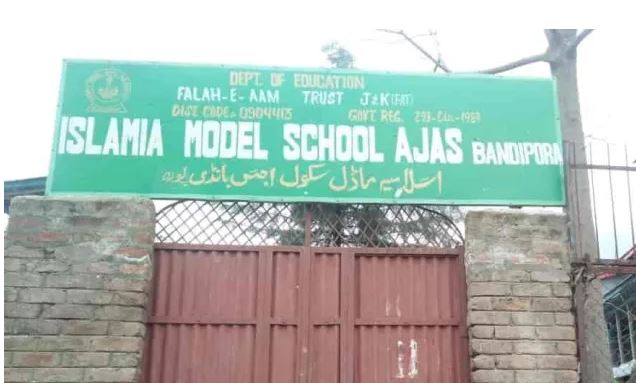 Srinagar, June 14: The Jammu and Kashmir School Education Department on Tuesday ordered ban on the operation of schools run by Falah-e-Aam Trust (FAT), an affiliate of banned Jamaat-e-Islami.

A top official said that the development came after the State Investigation Agency (SIA) in its investigations found gross illegalities, outright frauds, mass scale encroachment of government lands by FAT.

He said that School Education Department has ordered cessation of academic activities in FAT affiliated schools.

The FAT is an affiliate of Jamat-e-Islami (JeI) which is proscribed by Ministry of Home Affairs under the provisions of Unlawful Activities and Prevention Act.

The official said that JeI mostly draws its sustenance from the vast network of FAT schools, seminaries, orphanages, pulpits of mosques and other charities.

He said that the SIA of J&K police during investigation found that these institutions played a destructive role in large scale unrests of 2008, 2010 and 2016 in Kashmir “bringing huge miseries to common people and forcing them for shutdowns by threat, intimidation and street violence.”

He added that during investigation, almost all FAT schools have been found to be existing on illegally acquired government and community lands.

The official said that SIA has already registered a case in this regard and is expanding the ambit of probe to unearth all such frauds, unauthorized entities and forgeries committed in the last 30 years.

Govt in an in an order said that no new admission shall be taken in educational institutions run by Falah-e-Aam Trust (FAT), an affiliate of Jamiat-e-Islami which was banned by the government early in 2019.

In an order passed subsequent to the directions by the high court of J&K and Ladakh, the government ordered that all the students presently studying in these “banned” institutions shall admit themselves to nearby Government schools for current session i-e 2021-22. “All CEOs/Principals/ZEOs shall facilitate students,” reads an order by Principal Secretary to Government School Education Department.

“No admission shall be taken in these banned FAT institutions. No further registration of these institutions shall be done,” it reads.

The Chief Education Officer/Zonal Education institutions have been asked to give wide publicity in all dailies/newspapers that these institutions are not recognized. -with inputs from kns-