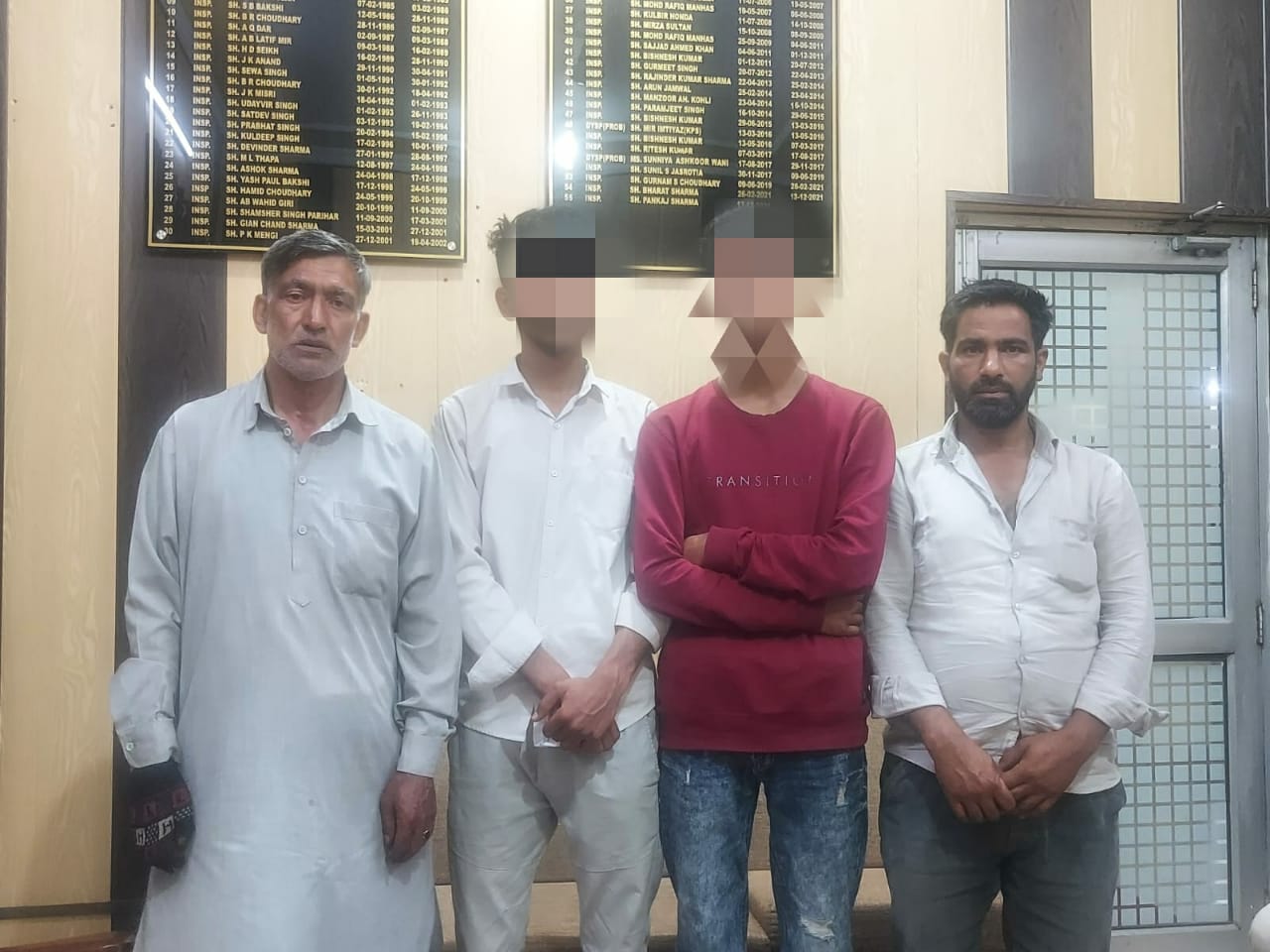 Srinagar, June 08: Police on Wednesday claimed to have traced two missing boys of Budgam in Nagrota area of Jammu district.

In a statement, Police said that said that Police station Charar-e-Sharief received two  separate complaints from Ajaz Ahmed Wani son of Ghulam Rasool wani resident of Trajibal Charar-e-Sharief & Mehraj Din Bhat son of Mohammad Abdullah Bhat resident of Charar-e-Sharief Budgam wherein they stated that their children both students and aged about 17 years went to school on 7 th June morning & they didn’t return to their homes.

The police spokesman further stated that in this regard, a missing report was registered at Police station Charar-e-Sharief & search for the duo was initiated.

Through personal efforts of Station House Officer (SHO) Chrar-e-sharief and technical analysis it appeared that the missing boys may have travelled to Jammu . Further efforts suggested their presence in Trikuta-Nagar area of Jammu, he said.

Soon after, the parents of missing boys were informed by Budgam Police and sent to Police Station Trikuta Nagar Jammu.

Subsequently, the missing boys were handed over to their parents, reads the statement.