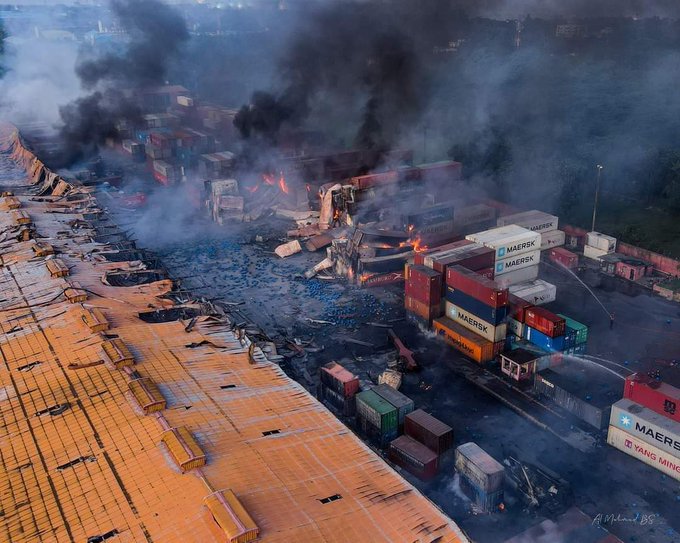 Dhaka, June 7: Fire fighters continued their operation on Monday to douse the deadly blaze at BM Container Depot at Sitakunda in Chattogram even after 38 hours of the incident that so far claimed 50 lives and left several hundred wounded, Bangladesh based, The Daily Observer reported.

The death toll from the devastating fire reached 50 with the recovery of another body from a container of the depot in the morning, according to Fire Service, reports UNB, the report said.

Fire Service sources said there may be a container containing flammable chemicals close to the burning containers and so they are working very carefully.

The fire service officials hoped that the fire can be brought under control with the help of the team.

“We have also prepared eight teams. At least ten containers are still burning and fire will be extinguished separately,” he added according to the report.

Three units of the fire service are working inside the depot to control the fire till 12 noon.

However, the fire service officials are not sure how long they will have to work to tame the blaze.

On Tuesday, the Bangladesh army said the fire has been doused.

Lt Col Ariful Islam Himel, commander of the 18th Brigade of the 24th Infantry Division, confirmed the matter to media on Tuesday morning, adding that the whole area is now out of danger.

“It took several hours to take the blaze under control as the area is very large. The depot is in the area of about 26 acres. More than 4,000 containers are in the depot. The containers were placed one after another. For this, it took time to douse the fire”. (The Daily Observer)