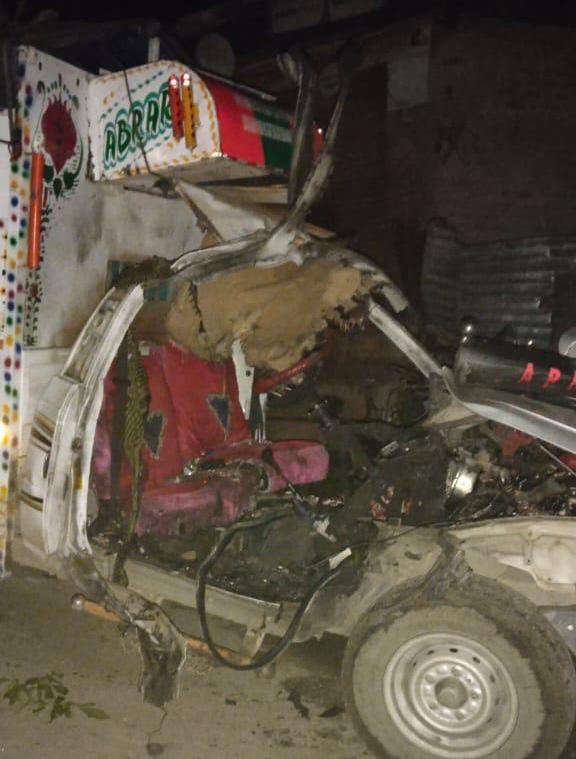 Shopain, Jun 02: A soldier was killed while as two others were injured in a blast inside a vehicle in Sedow area of Shopian on Thursday, officials said.

An official said that blast took place inside a private vehicle at Sedow in which three soldiers of 15 Garhwal were injured.

He added that trio was shifted to district hospital Shopian from where they were shifted to 92 base hospital Srinagar.

Official further added that Pawan Rawat has succumbed to injuries at 92 base hospital.

Meanwhile, IGP Kashmir Vijay Kumar said that nature besides source of blast is being investigated.

“A #blast took place inside a private hired vehicle at Sedow, #Shopian. 03 soldiers injured & shifted to Hospital. Nature & source (blast due to grenade or already planted IED inside vehicle or malfunctioning of battery) of blast being investigated & will be shared.” Kashmir police zone tweeted while quoting IGP Kashmir.

An official said that at approximately at 3:00 am, based on specific intelligence, an operation was launched from Sedow and search in general area Patitohalan. “While moving to the target area, at approximately a km from Sedhau, an explosion took place in the civil hired vehicle, being used by the team, resulting in injuries to three Indian Army soldiers,” he said. “The blast is very likely to be from either an IED or a grenade or a battery malfunctioning in the vehicle. Details are being ascertained,” he said.

“The injured soldiers were immediately shifted and given first aid at District Hospital, Shopian and thereafter evacuated to 92 Base Hospital, Srinagar. One soldier is critical while two others injured are stable,” the official said. “Affected area has been cordoned and all likely escape routes have been sealed. Search to nab the militants is in progress.”.- kno