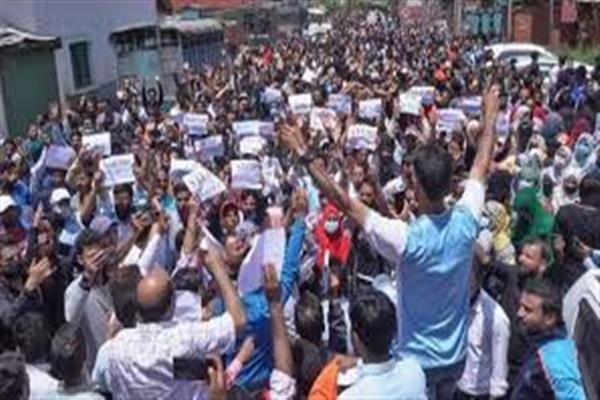 Srinagar, May 28: Rehbar-e-Khel (ReK) teachers of Jammu and Kashmir under the banner of EJAC have announced indefinite strike from today onwards till their demands are met.

According to a statement, ReK employees the leadership of EJAC president Mohd Rafiq Rather have announced indefinite strike from today until their demands are accepted by the LG administration.

It added that when the LG formed a committee to find a way to ease the sufferings of ReK employees (reduce probation period and enhancement in salaries) as it was technically next to impossible to survive on a meagre amount of Rs. 3000 per month.

“However, in a recent proposal given by the committee, they have proposed to send the vacant posts to SSRB for fresh advertisement and 50% increase in the salary of current ReK employees which has amazed everyone in Jammu and Kashmir,” it said.