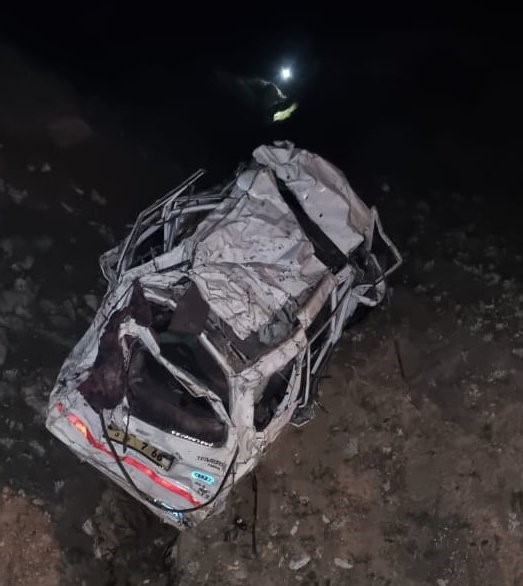 Ganderbal, May 26: Nine passengers including a father-son duo were killed in a fatal road accident late Tuesday night.

The accident took place near Chini Nallah at Zojila Pass on the Srinagar-Kargil road.

“Nine persons died in the accident among which two are from Jammu and Kashmir while a 20-year-old youth who have sustained injuries has been shifted to SKIMS Soura,” the police official said.

Divulging information about the accident he said that an ill-fated Taveera JK12-7466 were on way to Srinagar from Kargil. The driver lost control over the vehicle near Chini nallah and it rolled down and fell into 1200 feet gorge. Nine passengers including the driver died on the spot while a passenger suffered injuries.

The injured passenger identified as Arvind Yadav son of Dayanand Yadav of Jharkhand has been undergoing treatment at SKIMS Soura.

Pertinently, passenger vehicles from Kargil to Srinagar are allowed to ply only from 6 AM onward as per Traffic Advisory, however, this ill-fated vehicle was on its way to Srinagar in violation of traffic advisory.knt