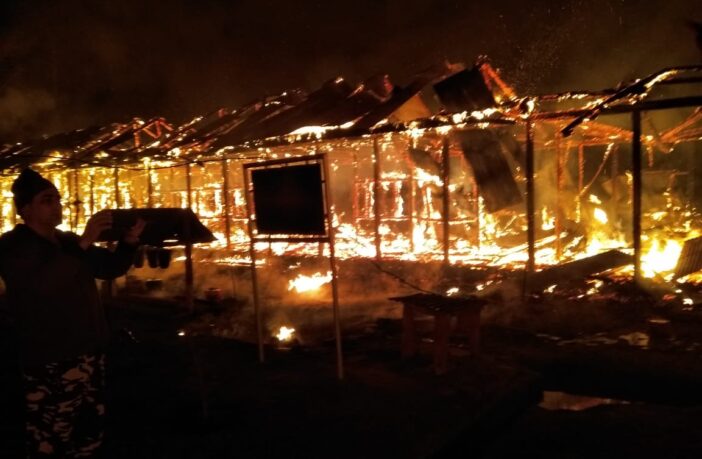 Srinagar, May 18: Peoples Democratic Party (PDP) on Wednesday expressed serious concern over an unprecedented spike in fire incidents in Jammu and Kashmir over the last few months, demanding a thorough and transparent inquiry into such a trend, asking the administration to make the finding of the probe public.

PDP Chief Spokesman in a statement has said that a dreadful spike in mysterious fire incidents is being witnessed across the state leaving masses petrified and anxious to the core.

He said that no town is spared and properties worth millions of rupees are destroyed in these unfortunate episodes almost every day.

“In view of the overall situation prevalent in Jammu and Kashmir, the large-scale fire incidents have given rise in apprehensions among the people. Besides private properties, the blaze is now destroying government buildings including the civil secretariat Jammu’s law department and now the traffic headquarters were gutted in the heart of the Srinagar city. The crucial records are reduced to rubble. It must be shared with the people what records got destroyed during the fire incidents in government buildings. A thorough and transparent probe is the need of the hour,” the chief spokesman said.

He added that there is a deafening silence being witnessed within the administrative circles and instead of coming out with comprehensive planning pertaining to the safeguarding of private and public properties, the administration has frighteningly adopted an indifferent attitude towards the entire crisis.

“There is no compensation being given to the fire victims. Hundreds have been rendered homeless overnight by these ravaging fire incidents. Bridal materials acquired after years of hard labor have gone up in smoke, leaving a trail of large-scale destruction and devastation behind,” the PDP chief spokesman said.