Fear Of Militancy Will Be Over In J&K Within One Year: IGP To KPs 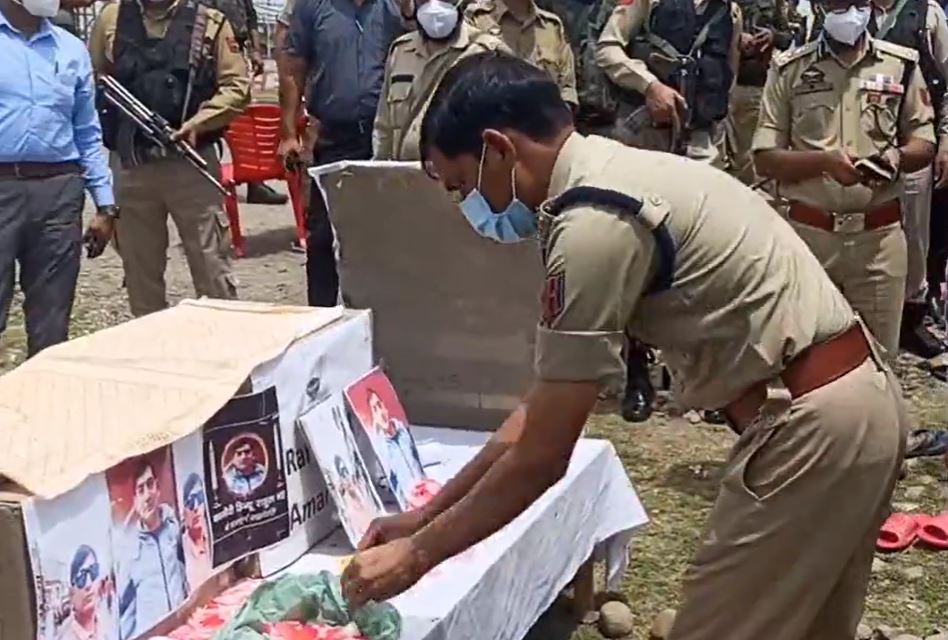 Budgam, May 17: Inspector General of Police Vijay Kumar on Tuesday asked Kashmiri Pandits not to fear as “same is being aimed by militants and Pakistan”.Addressing a group of Kashmiri Pandit by sitting within them at Sheikhpora Budgam, the top Police officer of the Valley can be seen promising them that the fear of militancy would be over in Jammu and Kashmir within next one year.

“If you fear from (militants) and Pakistani you will play into their hands as they want the same,” the IGP told them as per GNS.

“We need not to fear. We have to make our country proud. If you fear, this is what Pakistan wants”.

“(Militants want to create such an atmosphere,” he said, adding, “Once a deepak (candle) starts to extinguishes, it burns lot faster. Same is with (militancy). I am telling you that within one year, fear will be completely eliminated”.
Within a year, he said, “their numbers will reduce to below 50.”

The IGP said that entire police force shares the pain at the loss of “our brother”. “Understand one of our policeman Fayaz Ahmad was killed along with wife and daughter. We had promised to kill Jash wala (Jash-e-Mohammad militants) within ten days.

Earlier they killed SPO and his brother and we eliminated the group. They made supreme sacrifice and the families did not leave,” he said, adding, “such incidents may happen but we need not to fear.”
Later he visited Vissu Kulgam and Mattan Anantnag where he reiterated that security shall be ensured to all the KPs.

He listened to the various suggestions put forth by Kashmiri Pandits and assured them redressal within shortest possible time. gns