Congress’s Tariq Karra travels in train with Rahul Gandhi, others 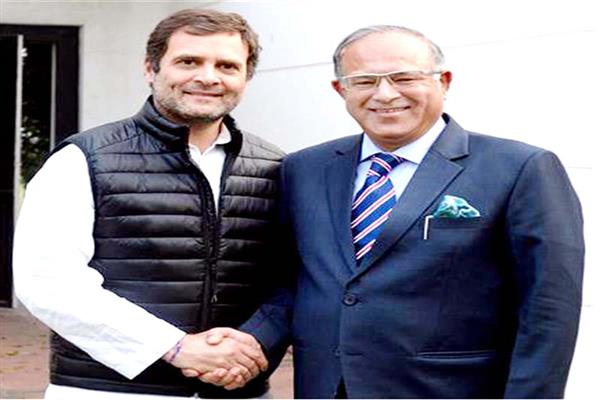 According to sources that, popular face of CWC from Jammu Kashmir, Tariq Hameed Karra to participate in ‘Congress Nav Sankalp’ in Udaipur.

The Congress, battered by defeat in state elections one after the other, is now organizing a Chintan Shivir Sanklap in Udaipur, Rajasthan. This camp will run for three days from today. Congress will brainstorm here for three days on the continuous defeat. In the Chintan Shivir, the entire focus of the Congress will be on the change in the organization and the action plan for the next Lok Sabha elections. . More than 400 Congress leaders will participate in this. There will be a round of discussions in different groups on various issues till today and tomorrow evening