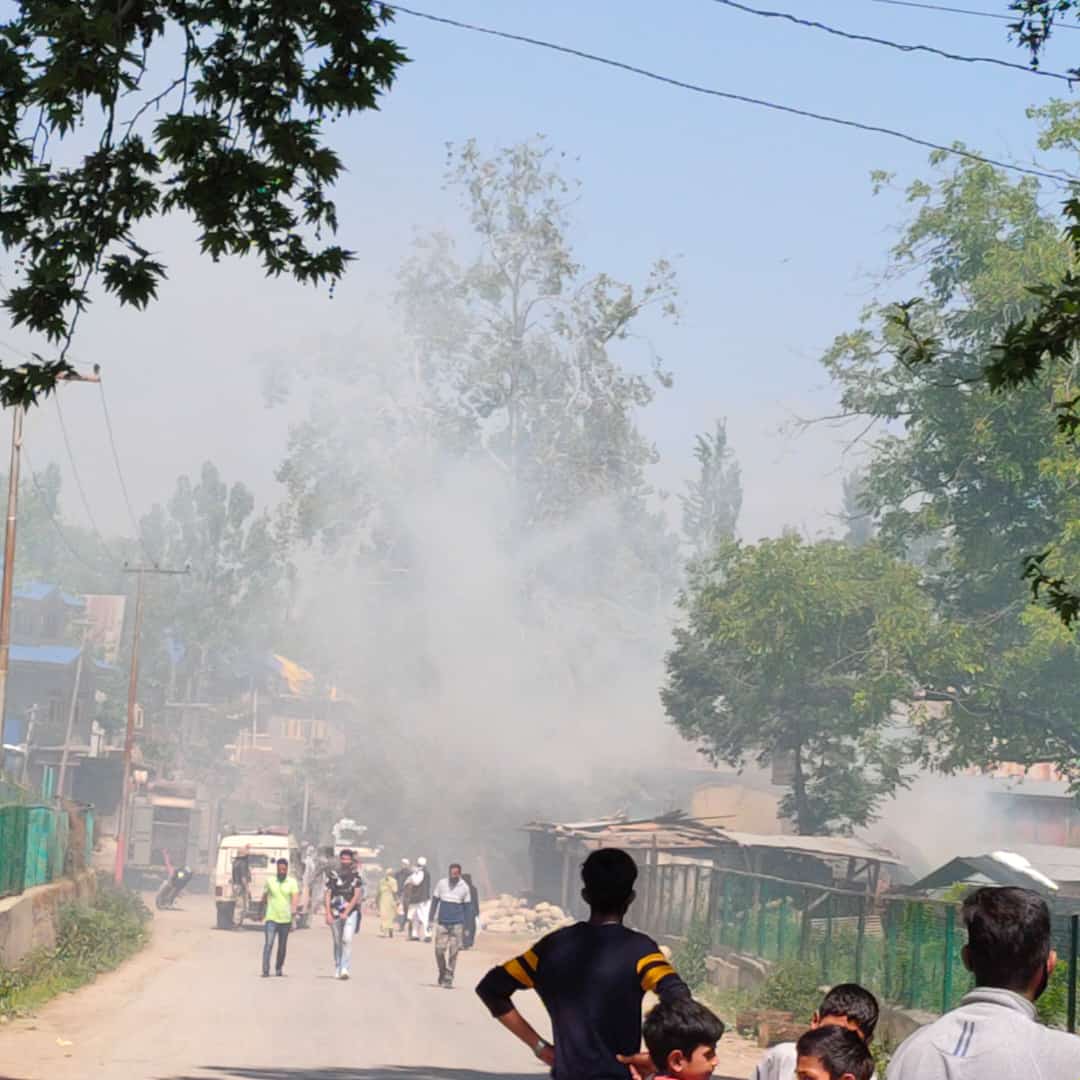 Police sources said that police were deployed in Arwah village of Beerwah when situation turned violent over a land dispute between two parties.

During the melee, a cowshed of one Muhammad Maqbool Dar was set on fire by the miscreants, they said.

When police were deployed in the hamlet to control the crowd, they pelted stones at them, leading to the injuries of at least six police personnel.

A police official said that a case in this regard has been registered at police station Beerwah under relevant sections of law.

He said that the matter which became the source of trouble is subjudice. “Miscreants will face the music,” the official added. (KNT)