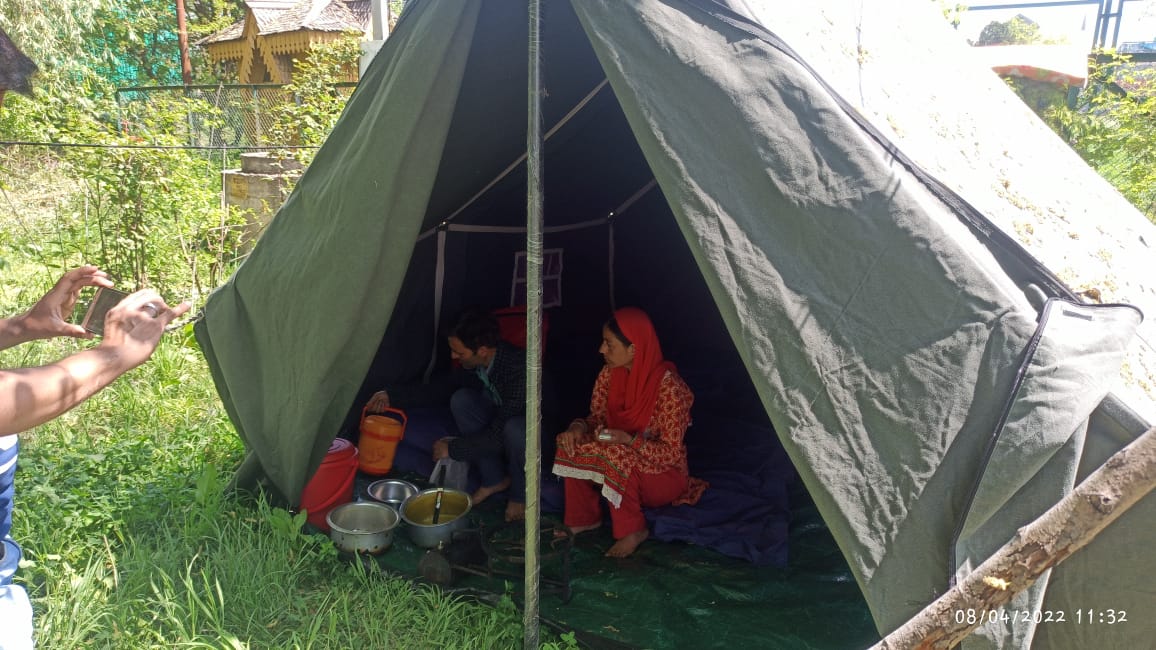 Srinagar, Apr 16: Over two weeks elapsed since the devastating fire left seven families homeless, the houseboat owners along with their families continue to live under the open sky at Nigeen Lake, leaving them to lurch at large.

The houseboat owners said that many politicians including those at the helm of affairs visited them since the massive fire reduced their houseboats into ashes.

However, they said nobody has provided any relief to them so far, thus forcing them to live under the open sky. They said that they still live in the makeshift tents, provided to them by the Disaster Management.

The fire affected houseboat owners said that there is nothing substantial that has been given by the government after the massive blaze on April 04, 2022.

Adil Badyari, one of the affected fire victims, said that nothing has been given to them so far while two families, who were living in the houseboats, are still spending their days and nights in the temporary tents.

Badyari, however, informed that a local NGO has now come to the rescue of one among the two families and is constructing a hut for them, adding that the rest of five houseboats owners, who were not residing there have also not been given any compensation so far.

Pertinently, seven houseboats and three wooden sheds were damaged in a blaze that broke out in Nigeen Lake in the intervening night of April 03-April 04. kno