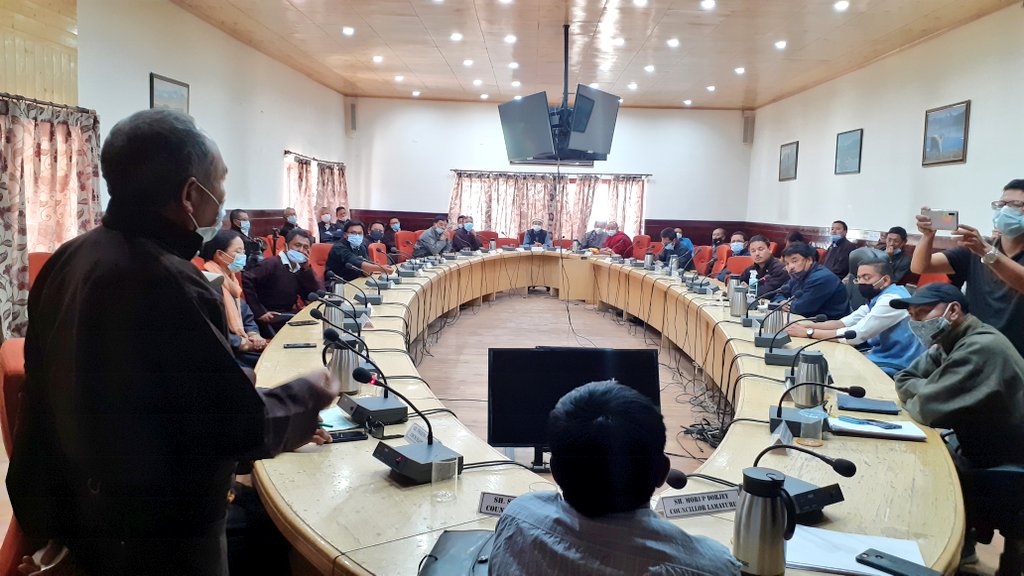 BJP Ladakh President Phunchok Stanzin said that the decision was taken after a thorough discussion with all the stakeholders and BJP executive members and functionaries.

The reason behind withdrawing the support from NC as per Phunchok Stanzin was the lackadaisical approach of LAHDC Kargil under the council that according to him is not serving its constitutional responsibilities.

He said the allotted funds for the purpose of public welfare were also not translated in a transparent and accountable manner.

“The influence of the Jammu and Kashmir National Conference is also not favouring public welfare as such, instead, JKNC is resorting to vendetta politics which ultimately creates mistrust between the public and LAHDC-Kargil,” Stanzin alleged.

He added that the work ethics of LAHDC-Kargil Councilors are also not appropriate for grassroots democracy and Constitutional responsibilities.