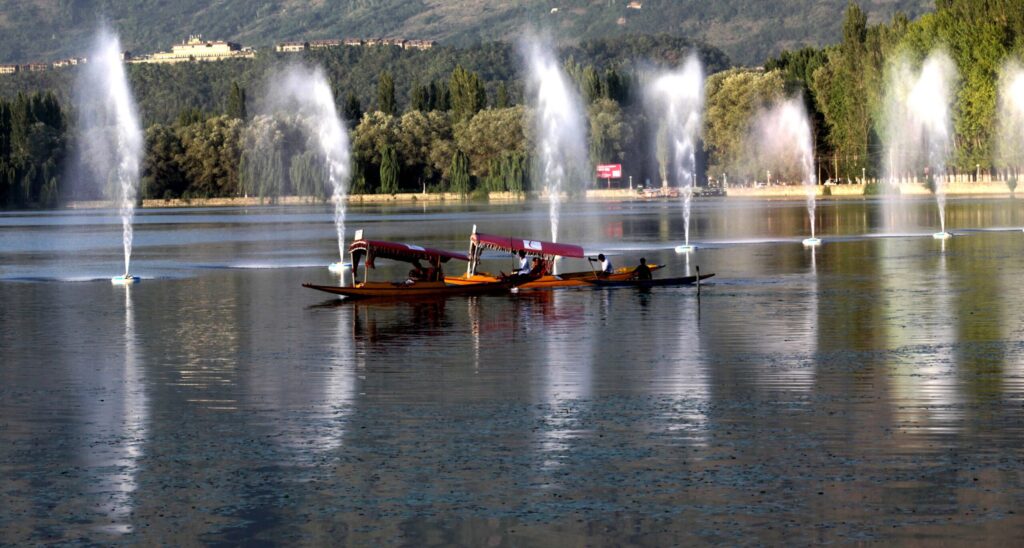 Srinagar, Mar 18: The absence of Western Disturbances (WD) gave rise to the maximum temperature in Jammu and Kashmir in the month of March.

The Meteorological department said that five places across the Union Territory including Pahalgam, Qazigund, Bhaderwah, Batote and Katra have recorded all-time highest temperature in March this year.

Bhaderwah recorded 31.3 degree celsius on Thursday, which was all-time high as the previous highest day temperature in the month of March was recorded in 2018 at 30 degree celsius.

In Pahalgam and Qazigund areas of Kashmir, the all-time highest day temperature in the month of March was recorded today where the mercury settled at 24.3°C and 27.8°C respectively, he added.

The temperature has soared almost everywhere in Jammu and Kashmir in the past one week, officials said.

Director MeT, Sonum Lotus said that the absence of WDs have led to the rise in day temperature.

He added that the stable atmosphere and persistent dry weather conditions that continued for a long now are the main reasons behind significant rise in day temperature.

Moreover, MeT has predicted light rains or snow at isolated places across Kashmir, which would likely bring the mercury down.

“There is a possibility of light rains or snow at isolated places from March 18 evening to March 19,” Deputy Director, MeT, Mukhtar Ahmad, said, adding that the temperature may go down after fresh wet spell.

In the meantime, the water level has increased in river Jhelum and other water bodies.

Chief Engineer, Irrigation and Flood Control (I&FC), Naresh Kumar, said that there is no need to panic over the rise in water level.

“It’s a natural phenomenon and there is nothing to worry about it,” Kumar said, adding that the department is ready to tackle any kind of situation at every time.

Moreover, the Jal Shakti department has said that there would be no water paucity in the mid of summer season.

“We have already geared up and every measure to ensure adequate water supply to consumers throughout summers has been taken,” an official of Jal Shakti said. kno