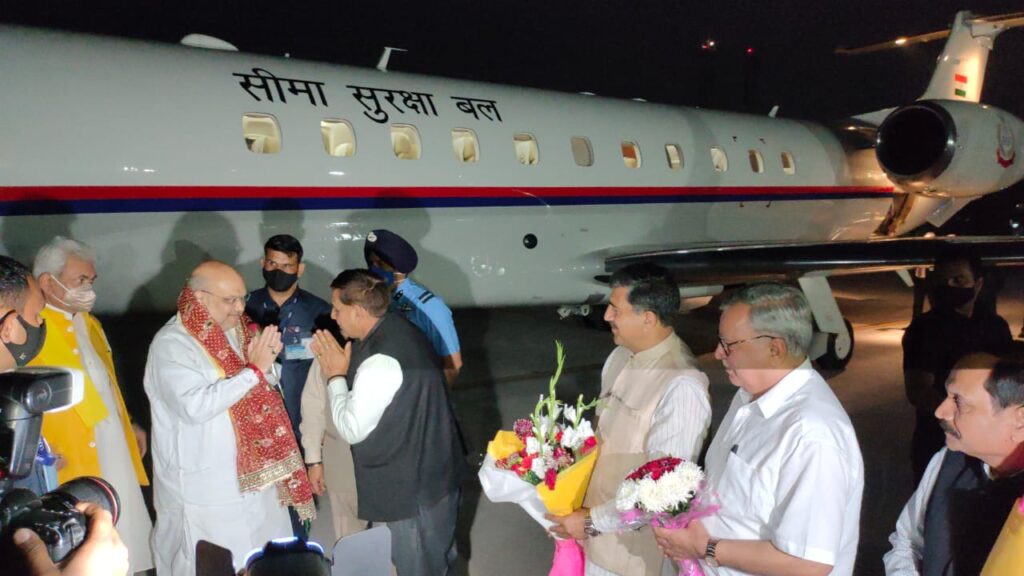 Sources said that from the airport Union Home Minister left for Raj Bhawan, where he scheduled to chair a high level meeting with top brass of Army, Jammu Kashmir Police, Para Military Forces.

The meeting will be attended by Jammu & Kashmir Lt Governor Manoj Sinha, senior officials from the Civil and Police departments.

Sources said that at a high level meeting, the Home Minister will discuss the blueprint of the upcoming Amarnath Ji Yatra, which will likely resume after 2019.

Sources said that the Union Government is likely to invest more energy on the resumption of the yatra.

The Union Home Minister along with civil administration and security forces will chalk out strategies to make this year’s yatra smooth and incident free.

In the morning, Amit Shah will attend 83rd Raising Day of the Central Reserve Police Forces, which this time will take place at MA stadium, Jammu unlikely in Delhi like past practice, sources said.

The Union Home Minister will also visit Mahanpur area of Kathua district where High Security Prison will come up.