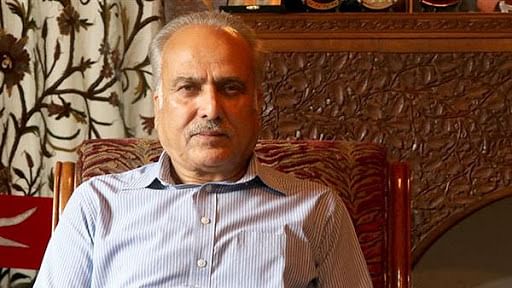 New Delhi, Mar 15: The Jammu and Kashmir National Conference on Tuesday said the J&K Budget 2022- 23 presented in the Parliament by the Union Finance Minister ignored the established parliamentary norms and the aspirations of all the concerned stakeholders.

According to a statement,  this was said by the Party Member of Parliament from Anantnag Hasnain Masoodi while replying to the Union Finance Ministers Budget speech in the Parliament late evening in Lok Sabha, while taking part in the discussions on the annual financial statement with regards to Jammu and Kashmir.

Taking strong exception to the suspension of rule 205 of the parliamentary proceedings, Masoodi said, “The honourable members of the house were deprived of their right to discuss the budget. It has never been the case that a budget bill was tabled and passed on the same day. We were not given due time to study the allocations and estimates proposed in the budget. The members of this august house were practically deprived of their right to discuss the various facets of the financial statement that directly concerns 1.5 crore people,” he said.

The budget, Masoodi said, is the fourth budget in a row which wasn’t passed by the elected legislature of Jammu and Kashmir. “The exercise itself raises a question why an entire populace of nearly 1.50 Cr people continue to remain without a representative Assembly. An elected assembly could have discussed and ascertained the needs and aspirations of the people of JK before tabling annual budgetary allocations and estimates. It is again for the fourth time that the concerned stakeholders were not consulted before the tabling of the budget,” he said.

“The data coming from the government quarters itself doesn’t support such claims. There have been 500 armed encounters since the unconstitutional abrogation of Articles 370, 35 A. In the previous two months only, the region witnessed 10-12 encounters. There have been 500 deaths as well. Be it civilians or security forces, each life matters to us. These figures don’t conform to the peace claims of GOI,” he added.

Calling into question the fake normalcy narrative peddled by the government, Masoodi said the spur in the killings of political activists doesn’t give credence to the government’s normalcy claims. He maintained that in view of the impending validation of August 5 decisions, the government should have waited for the validation by the Supreme Court’s constitutional bench and refrained from actions which apparently pre-empt the honourable courts verdict.

He noted that the delimitation commission is another step towards disempowering the people of Jammu & Kashmir. “In the first place the exercise should have been put on hold as it is a consequence of constitutionally suspect J&K State Reorganisation Act of 2019,” he said, adding that the commission’s recommendations are dismissive of geography.

He further stated that nearly 73 percent of the JK budget has been earmarked for the Home department only.

Reflecting on the budgetary allocations, he said that the budget steers clear of health, education, agriculture sectors.

He added that the budget has failed to satisfy all stakeholders, particularly the 61,000 contractual, daily rated, need based wagers working in a number of government departments.

Drawing the attention of the house towards  the appalling condition of NH 44, Masoodi said the highway connecting Kashmir with the rest of the country was closed for one and a half months not so long ago. The budget, he said, has nothing substantial for the up gradation and augmentation of road infrastructure in JK.