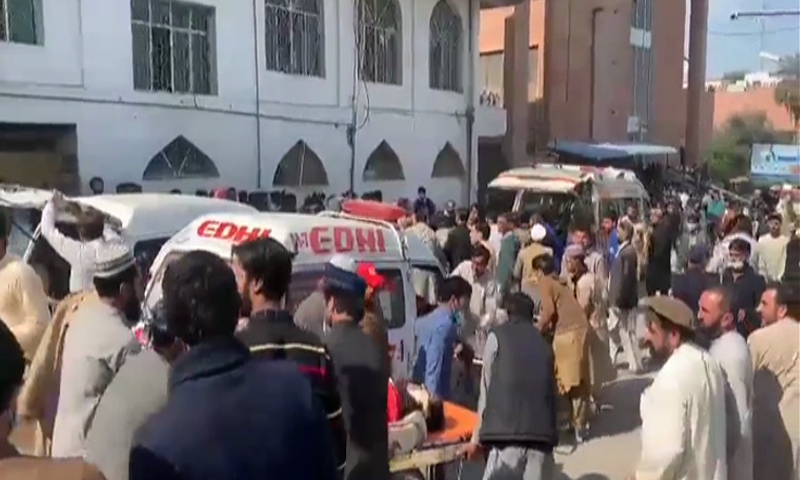 At least 50 people have been reported injured.

Khyber Pakhtunkhwa government spokesman Barrister Mohammad Ali Saif said at least 30 people had been killed in the explosion, which he said was a suicide bombing. He added that two terrorists were involved in the attack.

The CCPO said that according to initial reports, two attackers tried to enter a mosque in the city’s Qissa Khwani Bazaar and fired at the policemen standing guard. As a result, one policeman was martyred while another was critically injured, the CCPO said, adding that one of the attackers was killed in the gunfight. The remaining attacker then ran inside the mosque and detonated a bomb, he said. (Dawn)