Fire Continues To Rage At Bone and Joint Hospital Barzulla 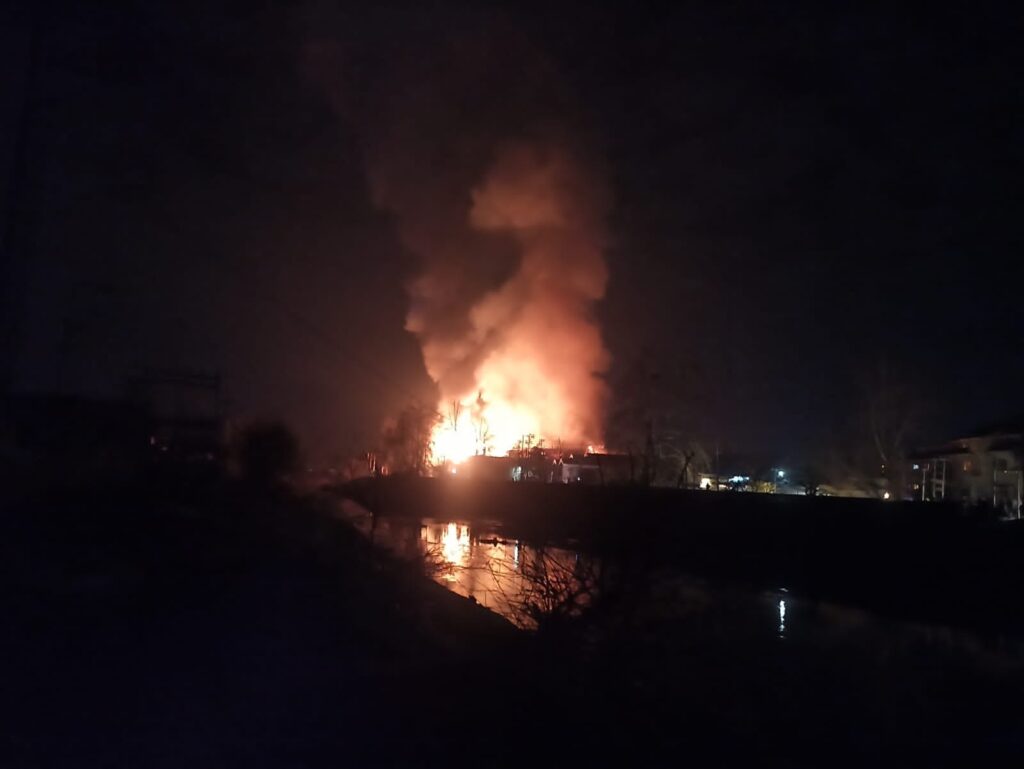 Srinagar, Mar 4: Massive fire continues to rage in Bone and Joint hospital here as it spreads to another building which according to the officials houses records on Friday night.

Apparently all patients have been evacuated as top officer of the fire and emergency services and police are at the spot. A number of fire tenders are at the scene to douse the blaze.

Reports  said that the flames spread from three-storey building to another as fire services personnel battle to bring the blaze under control. There are reports that several gas cylinder blasts have occurred and thus making the efforts to bring the fire under control a difficult task.

Earlier the fire plunged the whole hospital administration besides patients and attendants into panic.

So far three wards which including Trauma, Recovery and Emergency are engulfed in blaze, eyewitness said.

The fire started from the Emergency Theatre possibly due to short circuit, they said. Apparently all the patients have been evacuated and were kept outside the hospital.

A number of ambulances have been pressed to remove the patients to other hospitals. There are cries of pain and agony as fire and emergency service personnel put in their efforts to bring the blaze under control.

A ambulance driver at the spot said  that they are taking the patients to “wherever hospital” they find feasible.

Many people from the adjacent areas rushed to the hospital to help authorities bring the fire under control and help the patients and the attendants in evacuation.

When this report was filed, men and machinery from the Fire and Emergency Department assisted by police and locals are on job douse off the raging flames.

All Patients Evacuated From B&J Hospital, Reasons For Fire Being Ascertained: Govt

Health & Medical Education Department y said that all patients have been evacuated from Bone and Joint Hospital Barzulla here “as per preliminary information” and they are being shifted to other government health facilities.

“The Health & Medical Education Deptt is deeply concerned and monitoring the aftermath of the devastating fire incident at B&J Hospital Srinagar,” the department said in a tweet. “Reasons are being ascertained why the incident happened despite regular fire safety audits and adequate measures.”

In another tweet, the department said that preliminary information suggests that all patients have been evacuated and are being shifted to other government health facilities. gns