’80-90 percent of burglaries are linked in Srinagar to narcotic abuse’: Police 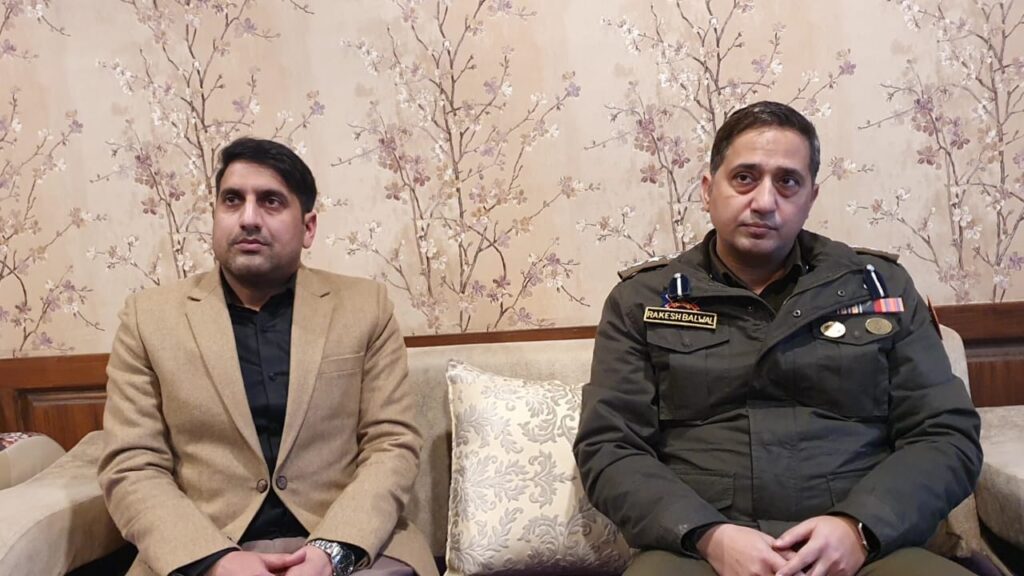 “Given the gravity of the problem, I believe that instead of brushing it under the carpet, there is a need to bring it to the fire before society. There is a need to expose it. There is a need to stigmatize drug addiction. Our youth needs to know that this path is wrong and this thing must be in the mind of the youth,” he said addressing a presser here.

He said a digital platform is being created which will have scope for both volunteers and victims.

“It is important to note that for drug addiction to be eradicated, administration cannot do it alone. Society has to come forward. Community participation is a must,” he said as per GNS.
This is the reason, he said that the administration was creating a digital platform wherein volunteers can come forward and play their role in eradicating the menace.

“We want volunteers. I want to appeal through you (media) to all the people, youth and respectable denizens of Srinagar to come forward voluntarily and together will fight to eradicate it,” he said, adding, “the victims need attention for rehabilitation and work is afoot on providing them medical intervention. Besides, the victims will be provided skill development and benefits under various employment schemes so that they can start their life afresh.”

Speaking at the presser, SSP Srinagar Rakesh Balwal said that in 2021, 70 FIRs were registered in connection with the drug related incidents while the number so far is 41 this year. “24 persons have been arrested and more than 100 people have been warned that they are under watch and cannot escape the writ of law. Besides, we have raided a number of hotspots,” he said, adding, “those indulging in drug trade cannot escape and they will have to face the law.” He said that “big sharks” lure the youth into consuming drugs as well into the trade. “We know the whole chain. There is a lot more to be done and it will not stop till we make successful inroads and eradicate this menace.” He said that there are already social repercussions and most of the burglaries are linked to it.

“80-90 percent of burglaries are linked in Srinagar to narcotic abuse,” he said.

The Srinagar administration last month launched “Mission Waapsi” aimed at full fledged war against drug abuse. Rehabilitation of victims of Drug addiction shall be the key to providing them dignified livelihood through proper handholding and guidance under Government self-employment schemes, the official said.

SSP Srinagar Rakesh Balwal said that a dedicated anti-drug unit of Police was working to track the drug trafficking modules besides tracing their source. He stressed upon the need for close coordination between the Civil Administration, Police and all other stakeholders to save the youth from the menace of the drugs.

The officers also sought cooperation from the family particularly from parents to overcome the menace among the youth which also leads to other social evils and crimes. He said parents have an important role to keep the youngsters away from the use of drugs and also the family support for the affected people could lead them towards normal life once again.(GNS)