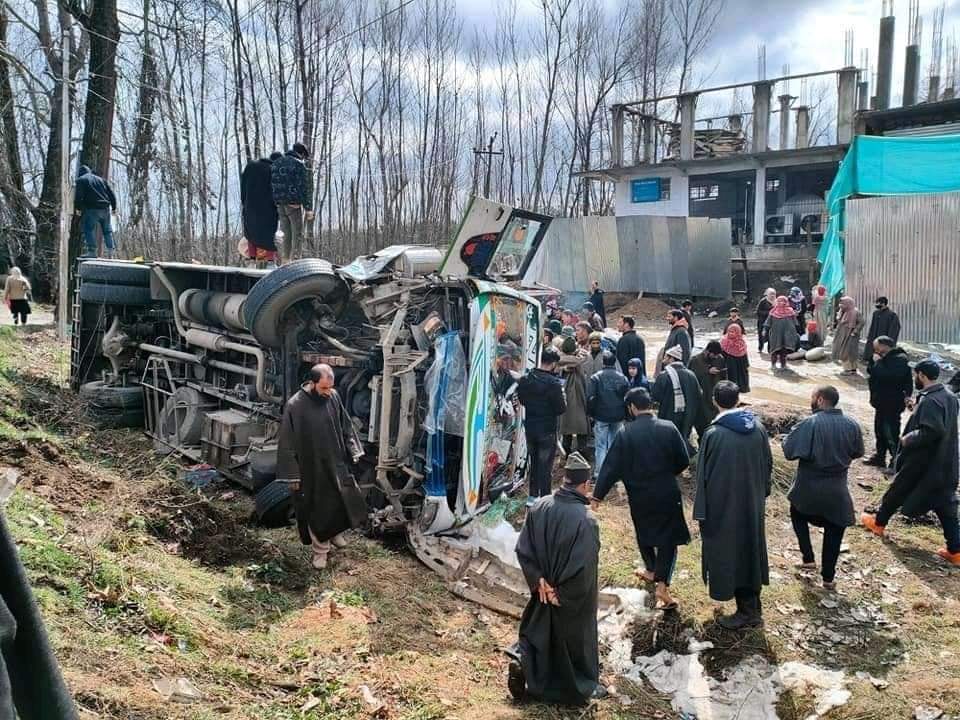 Srinagar, Feb 25: Several persons were injured in a road mishap in Hanjivira area of Pattan in north Kashmir’s Baramulla district on Saturday.

Reports said that a mini bus and an alto car collided in Hanjivira, resulting in injuries to several persons.

Soon after a police team reached the spot and shifted the injured persons to Trauma Hospital Pattan.

A police official confirming the incident to GNS said that it is not immediately known whether it was a collision or any other sort of accident. “We are ascertaining it”, he said. gns