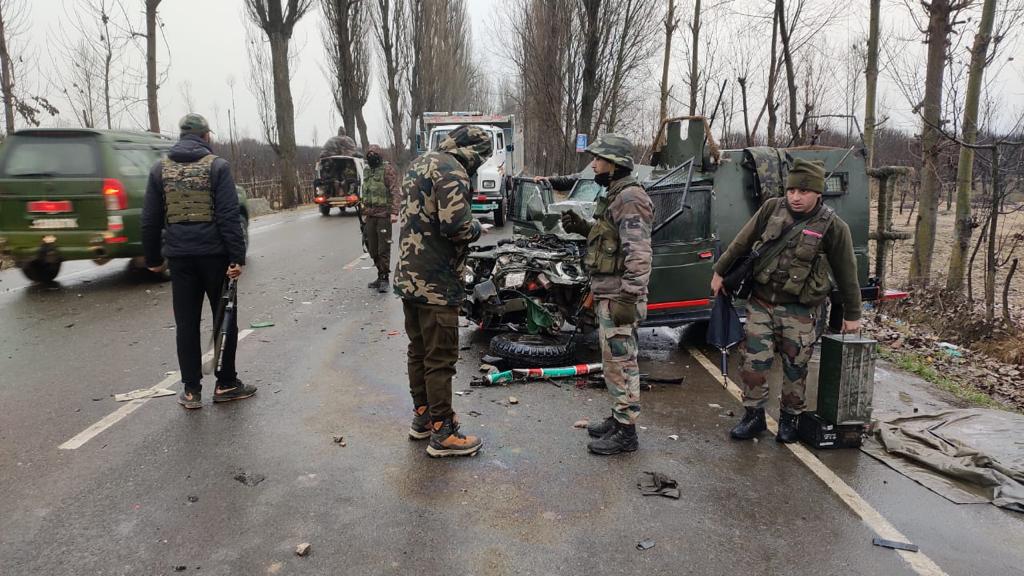 Srinagar, Feb 22: Four army soldiers were injured when a gypsy they were travelling had a collision with Dumper vehicle in north Kashmir’s Baramulla district on Tuesday.

Official sources said a that Dumper vehicle (JK01R-1833) and army gypsy had the accident at Choora area of Sangrama in the district early morning. Four army soldiers were injured and immediately removed to hospital.

A police official said that a case has been registered and further investigations taken up. gns