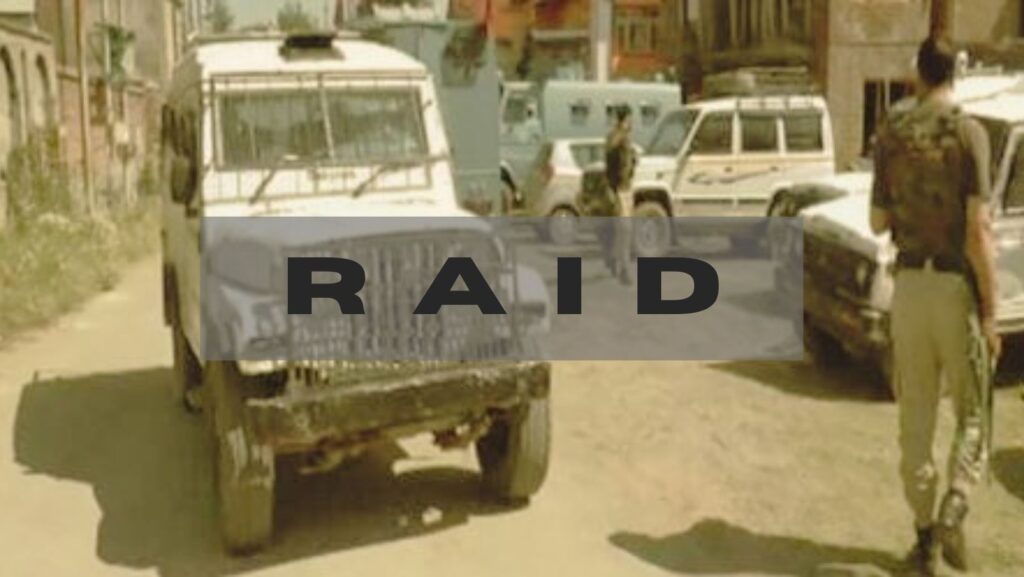 Srinagar, Feb 19: National Investigation Agency (NIA) on Saturday carried raids at eight locations in six districts of Jammu and Kashmir besides Rajasthan’s Jodhpur in connection with a case related to planning and conspiracy for undertaking violent militant acts in J&K and other major cities including New Delhi by Lashker-e-Toiba, Jash-e-Mohammad and militant organizations.

“The case relates to planning and conspiracy for undertaking violent (militant) acts in J&K and other major cities including New Delhi by cadres of organisations like Laskhar-e-Taiba (LeT), Jaish-e-Mohammed (JeM), Hizb-ul-Mujahideen (HM), Al Badr and their affiliates such as The Resistance Front (TRF), People Against Fascist Forces (PAFF) etc.” NIA has arrested 28 accused persons in the case so far, it reads.

Earlier on Wednesday this week, NIA had carried raids at several places in connection with two cases including one related to recovery of IED from Bhatindi area of Jammu in June last year and another regarding “radicalising, motivating and recruiting youth of j&K by LeT”.