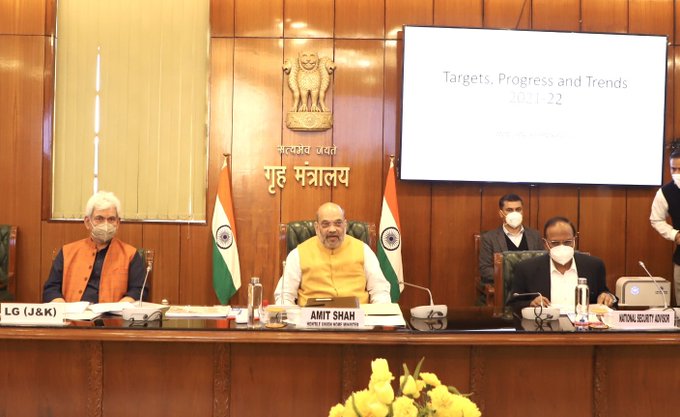 The Home Ministry passed the directions while reviewing the security situation in Jammu and Kashmir, according to an official statement.

Amit Shah held the review meeting in New Delhi on the security situation and was attended by the Lieutenant Governor, Manoj Sinha, the National Security Advisor, Ajit Doval and other senior officers of the Government of India, including the Army and Jammu & Kashmir Government attended the meeting.

“Amit Shah appreciated the efforts of the security agencies which have led to the reduction in (militant) incidents in Jammu & Kashmir over the last few years,” the statement reads.

“The Union Home Minister directed that the security grid should be further strengthened to ensure zero cross-border infiltration and to eliminate (militancy)” it added.